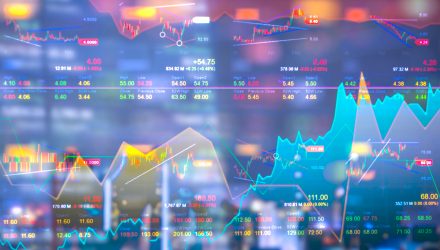 Global leading economic indicators suggest decreased economic growth ahead with the U.S. slowing to a more sustainable 2-2.5% annual GDP growth rate as many other regions may struggle for any growth at all. While that does not sound like great news, slow growth is still growth, which can lead to higher corporate revenues and earnings, as well as persistent jobs creation. 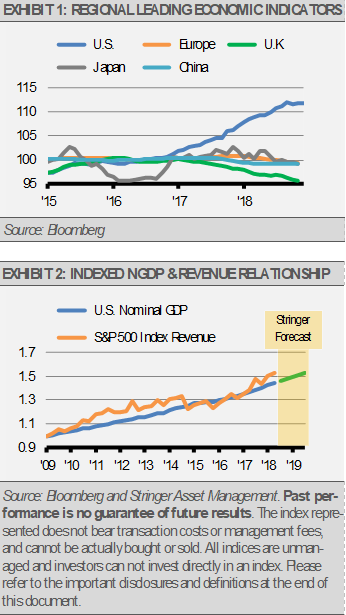 In fact, our indicators suggest that we should continue to see impressive jobs creation without significant inflation. Participation has increased as more people are reentering the labor force, which has boosted employment while not pushing the unemployment rate down and not advancing wage pressure too high by U.S. Federal Reserve standards. For example, the prime age employment/population ratio (our favored employment measure) has increased to 79.90%, which is close to the 2007 pre-financial crisis high. The U.S. labor force gains roughly 100,000 new entrants each month due to population growth, and we think there is an additional one million entrants that could reenter. With nearly seven million open jobs in the U.S., our economy has plenty of capacity both in available jobs and in available workers. This should translate to more consumers and increased consumer spending over time. 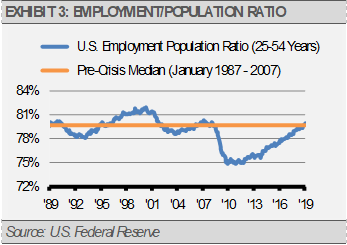 Consistent with slower growth ahead, market-based inflation expectations, such as the 10-year Treasury Inflation Protected Securities (TIPS) spread, remain lower than their 2014 peak but have rebounded from recent lows (exhibit 4). This implies that risks of near-term recession were overblown during the December market selloff while inflation is still tame.

With slower global economic growth and a lack of inflationary pressure, the U.S. Federal Reserve has curtailed monetary policy tightening plans as we expected them to. In addition, we think the European Central Bank and the People’s Bank of China may loosen their policies to stimulate growth and help buoy economic growth.