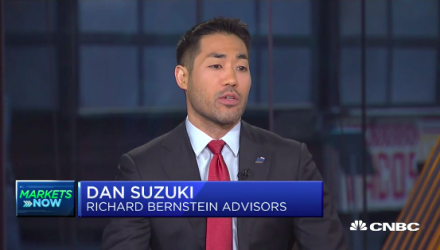 “If you look at where the market is today, we’re essentially at the averages of November,” Suzuki said. “It’s like December never happened. It makes a lot of sense from a fundamental space – not that much was going wrong in December, so it didn’t make sense to have that crazy violent move in the market.”

“From here, there’s a little bit more upside, but the reality is that the force that drove January is petering out and the force that’s going to drive markets the rest of the year is one of slowing profits growth.”

Watch the full segment below: