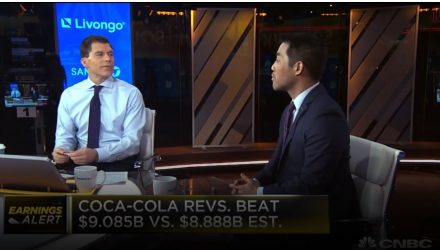 Dan Suzuki Weighs In On How The Coronavirus Could Affect Stocks

Richard Bernstein Advisors January 31, 2020
With fears of a coronavirus contagion in full effect, investors are wondering how the market will play out going forward. Dan Suzuki, deputy chief investment officer at Richard Bernstein Advisors, believes that the bears could reign for a while.
Suzuki described how uncertainty can be more insidious in a late cycle stock market like we are currently experiencing.
“I think in the near term [the coronavirus]puts a little bit more uncertainty on the story. I think that anytime there’s a big difference between when unexpected things happening early in the cycle versus late in the cycle. Early in the cycle things are cheap and there’s a lot of good things happening to offset it. It can look through that and you know, later in the cycle, when valuations are higher, I think it just tends to add a lot more uncertainty in the markets. So that’s something that I think people need to keep in mind. But obviously late in the cycle it’s going to knock the stuffing out of near term growth especially in China. But as you look through, I think that the question is a year from now, especially given probably the stimulus you will have there to offset it, are things going to be looking better or worse? I think probably you could make the argument that things are better a year from now with China and the stimulus going on there,” he said on CNBC.
One issue with markets is that there is an ongoing battle between what is real and what is perceived. Suzuki notes that it is important to focus on the fundamentals, which tell a more complete story, in this case a story of weaker growth.
“The reason I sound bearish is because we are always looking at perception versus reality. The markets always focus on perception, which drives the near term, but we are focused on reality. And when there’s a disconnect I’m trying to point out where things are a little bit worse. So there’s been this perception for the last six months that things are amazing. And I would say that you know if you look at the underlying fundamentals, that things are showing a lot more signs of slowness and weakness even still, and I think right now we’re just at this weak point where things could be starting to turn around. You’re seeing more of those signals outside the US. And then you get a hit to the biggest engine of global growth,” Suzuki explained.
Despite what could be a rough couple of quarters, Suzuki sees things eventually calming down, and is therefore a proponent of holding on to China stocks.
“I think what we’re doing is focusing on that longer-term story, and again, you know the next couple quarters are going to look bad from a profits perspective, it’s gonna look bad from economics perspective, but with the stimulus that they’re going to have, as the infectious rate falls, and as things get warmer, hopefully you know things will actually look much better,” he said. “So we’re actually sticking to China.”
For more market trends, visit ETF Trends.