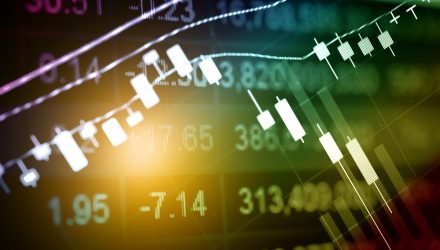 “True security lies in the unrestrained embrace of insecurity—in the recognition that we never really stand
on solid ground, and never can.”

“Uncertainty is where things happen.”

Over the past two long-drawn-out years, we have discussed the idea that market participants swing between uncertainty and complacency. We have also observed that most investors believe asset prices will be protected by central banks, a phenomenon pundits call the “Fed put.” Investors have had good reason to become complacent and believe in the Fed put because the past two decades have trained them to look to the Fed whenever asset prices drop materially. However, that was during an environment of low inflation, or even deflation, when the Fed had the luxury of acting without igniting an inflationary fire.

The Federal Reserve Bank of the U.S., or the Fed, the dominant central bank in the world, has two mandates: (1) maintain a stable value of the U.S. dollar by fighting off inflationary pressures, and (2) maximum employment. As we have presented over the past few months, the Fed had 40 years of deflationary forces—the Non-Inflationary Consistently Expansionary (NICE) period—that allowed it to dampen economic volatility and reinvigorate a bullish spirit through lower interest rates. And as the next recessionary threat came along, the Fed continued to lower rates because it worked so well the previous time. Investors have been trained like Pavlov’s dogs to gobble up more speculative (riskier) assets when the Fed rings the lower rate bell, and with asset pricing being higher than at almost any time since World War II, the dogs have gotten fat.

The sustained lower rates have reduced investors’ sensitivity to “here and now” cash flows, pushing them into higher risk, more speculative investments. What happens if the next bell to be rung is for higher rates? We now sit at zero interest rates. Even more importantly, we are experiencing high inflation that could be argued is structural in nature rather than transitory. As uncertainty continues to build with war in Ukraine and an ongoing pandemic, many prognosticators look at the playbook of the last 40 years and assume the Fed will continue down that same path of low rates to protect asset pricing and reinforce speculation, pushing inflation control to a much lower priority.

That assumption seems excessively complacent from our perspective and suggests an anchor bias that could present issues into the future. The anchoring of one’s economic view to only the last 40 years omits the stagflation of the 1970’s and it’s impacts on discretionary spending, economic growth, and the rising uncertainty that plagued the investment markets. We sit with conditions that are far different than those over the past four decades. An underinvestment in energy production along with rising tensions between economic and military parties is a clear deviation from the inclusionary tailwinds experienced since the early 1980’s.

To shake off that anchor bias, we recommend Nassim Taleb’s book Antifragile, written in 2012. Antifragile, very haphazardly summarized, posits that most systems exhibit swings or variations due to system stress, and it argues that such stress, although uncomfortable, can help build long-term resilience and strength into the system. Some will see the “swings” as flaws, or system bugs, and will look to limit the system’s negative feedback. When the Fed moves to dampen economic volatility via lower interest rates, it is doing just that. And we are concerned that such efforts could lead to increased economic instability (which would also surprise many) once rates start trending higher.

Reducing the natural variation that stresses a system prevents adaptation and protects inherent flaws, creating fragility under the appearance of everyday steadiness. The ultimate result is a more chaotic eventual path when larger stresses that can’t be “managed” present themselves. The changing attitude to forest fire prevention presents a wonderful analogy. Today we ignite small, localized fires as a means of controlling undergrowth. The small fires remove latent fuel so that accidental fires have less fuel and are therefore easier to control. Several decades ago, however, the idea was only to prevent all fire, which meant larger, more fierce fires when they did come, which were uncontrollable and devastating to the environment.

In his book, Taleb argues that when large, uncontrollable events occur, there are not only some actors within the system that can withstand the turmoil, there are some that benefit from the periods of increasing fragility. He calls them the antifragile. More on this is a second…

As mentioned above, we contend that the last 20 years of Fed increasing actions to thwart the natural volatility within the economy and the markets have led to a perception of lower uncertainty built into the valuation process of risk assets. It worked because they had the inflation headroom to adjust rates lower. A whole generation of investors have been trained to see lower rates as a solution to market turmoil. We are increasingly concerned that the NICE period is behind us, and the Fed will be forced to focus on inflation fighting.

We are not the only ones discussing this conundrum and what it means for the economy and asset prices. Incremental investors are more and more on the lookout for antifragile assets while distancing themselves from fragile assets. By fragile asset we mean those that have their value arriving in the distant future rather than ones that generate (and protect) value in the here and now. Some recent phenomena suggest a move away from fragility. For one thing, growth stocks have come under increasing pressure. Also, blockchain instruments have been halved since the beginning of the year. And innovation stocks are down 60% to 80% over the past year.

One issue with defining anything as fragile or antifragile is that the definition will be dependent on the system one is looking at and the factors that drive it. What was once antifragile may turn out to be fragile under a different context. During the financial crisis, U.S. long-term sovereign debt was a safe haven. Can that be true in a rising rate environment? The jury is still out.

What we at Auour do know is that cash, the basis for valuing almost all assets, is likely to be antifragile if we see pricing of all assets needing to adjust to an inflation-fighting Fed. Our strategies currently hold roughly 25% cash as we continue to crave antifragility.

All of the recommendations and assumptions included in this presentation are based upon current market conditions as of the date of this presentation and are subject to change. Past performance is no guarantee of future results. All investments involve risk including the loss of principal. All material presented is compiled from sources believed to be reliable, but accuracy cannot be guaranteed. Information contained in this report has been obtained from sources believed to be reliable, Auour Investments LLC makes no representation as to its accuracy or completeness, except with respect to the Disclosure Section of the report. Any opinions expressed herein reflect our judgment as of the date of the materials and are subject to change without notice. The securities discussed in this report may not be suitable for all investors and are not intended as recommendations of particular securities, financial instruments or strategies to particular clients. Investors must make their own investment decisions based on their financial situations and investment objectives.