You are at:Home»ETF Strategist Channel»Could Globalization Be Coming To An End? 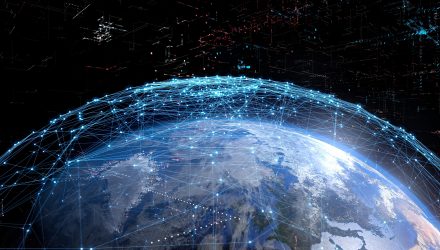 Could Globalization Be Coming To An End?

With a new year underway, could we be witnessing the end of globalization? One key economic figurehead, Richard Bernstein seems to think so, addressing it in his latest report, “Investing for December 31, 2029—The End of Globalization.”

Globalization is a process of interaction and integration among the people, businesses, and governments of different nations. It is typically catalyzed by global trade and investment and is assisted by technology. Globalization has wide-sweeping effects a number of areas including the environment, culture, political systems, economic development, prosperity, and health, affecting societies around the world.

Globalization has been a dominant trade and economic force over the last 25 years. But now Bernstein looks forward to 2029, considering what strategies might be most effective and enduring.

According to Bernstein, “Globalization through history has been like an accordion: it’s expanded, it’s contracted, it’s expanded, it’s contracted, and I think people have this notion that we are under an unprecedented period of globalization, which is really not true. We’ve seen this throughout history. But what starting to happen now is that globalization, or the negative effects of globalization are happening all around the world. It’s not as here in the United States. What we are finding is that the political entities are trying very hard to push back, they are trying to get it to shrink, and I just think the next 10 years are looking very very different than the prior 20 to 25 years.”

One key benefit of globalization was that it allowed for efficient production models according to the advisor.

“What open globalization allowed was for production to shift to the most productive place I could, and I was true within the United States, so if you go back far enough the textile mills were in upstate New York and then they went to the Carolinas so it allows production to go to where things are most efficient. And that’s one of the reasons why we have these deflationary, dis-inflationary pressures, where we are always getting greater and greater efficiencies. As you begin to constrain them, and you don’t let this kind of free flow of goods and services production around the world, what begins to happen is production shifts to less productive areas, or you start putting other costs on top of it that raise the costs. And so what happens is you get less efficient production, that means higher prices,” Bernstein explained.
What is the cause for this adjustment according to Bernstein? Well the situation varies, but he mentioned that a change in leadership globally can often contribute to a change in globalization. The company’s goal therefore is to predict what the leadership changes will be, so that he can adapt to the economic changes accordingly, making the most effective financial decisions for the firm and its clients.
In the new decade, Bernstein sees four major changes occurring: higher inflation, emerging markets making a comeback, tech declining, and a rise in gold.
To protect against inflation, Bernstein is using US Treasury Inflation Protected Security (TIPS), as well as gold, since they are both a solid hedge against inflation.
“TIPS we think give you a better risk return outlook right now then traditional nominal treasuries, you know regular treasuries,” he said.
To take advantage of TIPS, investors can look into ETFs like the iShares TIPS Bond ETF (TIP) or the Schwab U.S. TIPS ETF (SCHP). However, ETFs are just one way to get invested and protected against inflation, and Bernstein recommends scrutinizing the specific ETF, as the exposure and expense ratios vary significantly.
While emerging markets have yet to truly catch fire the way he anticipates, Bernstein believes that they could overtake venture capital in the next decade.
While tech has been the major recipient of gains over the last decade or more, Bernstein envisions that run could come to an end, or at least decline precipitously.
“A contraction in global trade could make growth targets questionable for foreign exposed technology companies, but it is even harder to envision analysts’ lofty growth projections for the largest technology companies if antitrust regulation and disruptive capitalism continue over the next ten years,” the report explains.
Finally, Bernstein and his advisors recommend using gold as a potential hedge against inflation, although they have never been “gold bugs” he admits.
“We’ve never been “gold bugs”, but it seems appropriate to hold gold if there is a secular contraction in globalization. First, as mentioned, limiting competition through trade barriers is inflationary and gold has historically hedged inflation well,” the report states.
For more market trends, visit our ETF Strategist Channel.