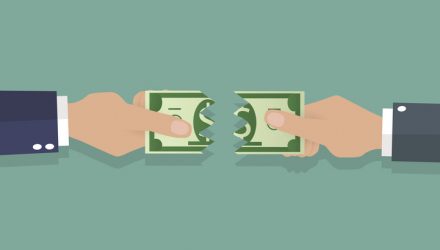 Could a Fed Rate Cut Be Bearish?

After the S&P 500 suffered one of its worst May’s in decades, stocks are rallying so far in June on expectations the Federal Reserve is about to cut interest rates. The next Federal Reserve Open Market Committee meeting is set for June 19, 2019. Based on the Bloomberg World Interest Rate Probability screen (WIRP), markets are pricing in a 20% chance for a rate cut next week, an 84% chance in July, and a more than 94% chance of a rate cut in September.

Beware the Fed Pause and Reverse.

Should investors expect a new equity bull market after a rate cut? We looked at past interest rate cycles most like the current environment, periods when the Federal Reserve began a series of interest rate increases over multiple quarters, paused for multiple quarters, then began a series of rate cuts. It turns out this kind of “pause and reverse” from the Fed is quite rare. Since 1972 there have only been two similar periods. The forward 3, 6 and 12 month returns for the S&P 500 were negative each time.

Markets have faced a similar environment only twice in the past 47 years, both resulting in recession and costly bear markets. Two examples are certainly not a large sample size, and of course it could be different this time. But investors expecting a Fed rate cut to automatically result in higher equity prices may be headed for disappointment. A Fed “pause and reverse” may indicate it’s time for advisors to be sure they have a solution for risk management in their asset allocation.

This article was written by the team at Anchor Capital, a participant in the ETF Strategist Channel.