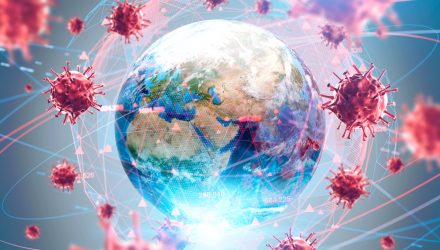 The United States has the distinction of having the highest number of reported Coronavirus cases in the world with over 640,000 cases as well as the highest number of reported deaths at 28,306 (as of April 15th, 2020 around 2pm PST). Many observers have been focusing on the difficulties in Italy and Spain, but the numbers should be considered relative to the population of the country.  The US has 5.6 times the population of Italy and has 7 times the number of people in Spain.

It remains too early to really feel comfortable that the numbers are truly accurate for all countries as we believe that some countries may not be entirely truthful (think China and Russia) while some may not yet have the capability to keeping close tabs on the numbers (Iran, Brazil). The numerator of the equation – the number of cases for people who have actually contracted the Coronavirus is fairly well known, but the denominator of the equation – the number of those that currently have or have had the virus is not well known as the testing has not been extensive and/or universally applied.

The standout of the Top 25 countries ranked by number of COVID-19 cases is South Korea, which has relatively few deaths per million of population (only 4) while testing slightly more than 10,000 per million of population. While that latter number would rank 11th highest of the Top 25 countries, South Korea was very early and very aggressive with their testing.

While not amongst the Top 25 countries with the largest number of COVID-19 cases, Taiwan is a real standout (especially given their proximity to China) with only 395 cases and 6 deaths. Sized by population, Taiwan has had only 17 cases per million people, 0.3 deaths per million, and 2,089 tests per million in population.

We are encouraged that the trends are starting to move in the right direction.