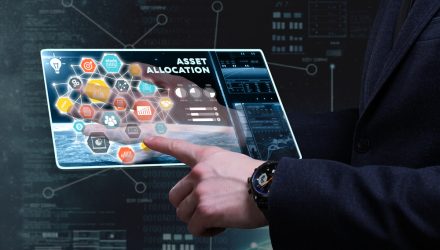 Even though this recession may have had a different origin than previous ones, this recovery appears to be telling a similar story.  With few exceptions, the higher income classes have consistently outperformed the bottom income classes.  For example, employment for high-income individuals has returned to pre-pandemic levels, while employment for low-income individuals is not only below pre-pandemic levels but has fallen in recent weeks.  It is highly likely that this discrepancy has contributed to the confidence gap between low- and high-income households. 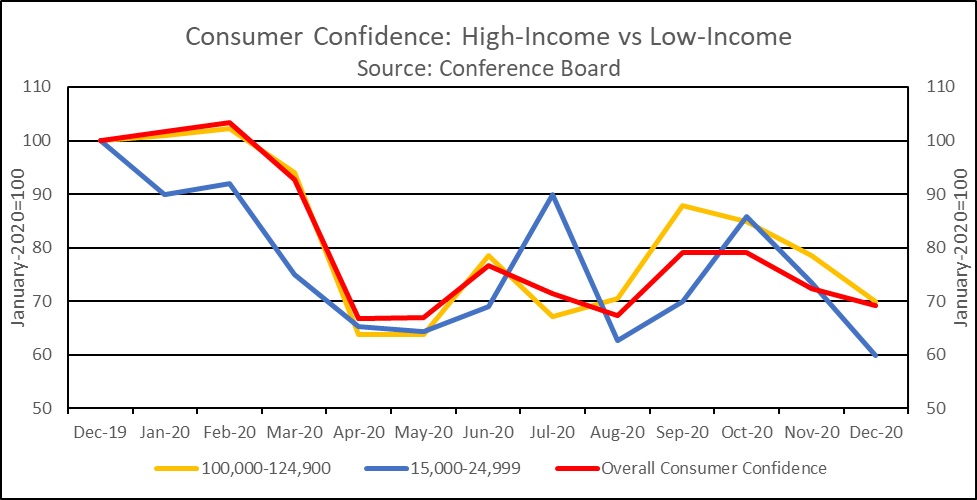 That being said, there appears to be a mismatch between current sentiment and the present situation.  The share of low-income households reporting an improvement in their financial situation from a year ago was elevated throughout 2020, while the share of high-income households sunk.  This is likely due to a combination of high-income workers being forced to take pay cuts and low-income households receiving generous benefits in unemployment.  This trend is also mirrored in the flow of funds data in which the top 1% of households has seen a larger increase in checking deposits compared to the bottom 40% of households.  The boost in income for low-income individuals has likely supported domestic consumption as they are the only group spending more now than before the pandemic.

In a post-COVID-19 recovery, President Biden and his economic agenda should be aware that low-income households will likely suffer during the initial months of the economic expansion and refrain from fiscal tightening.  One of the biggest mistakes the Obama administration made was prematurely declaring that the economy had recovered.  In fact, the austerity that occurred during Obama’s second term likely created conditions for the GOP sweep in 2016.  To prevent a repeat of this mistake, the new administration will likely need to focus on those the economy has left behind, specifically low-income workers.  This likely means there will be more focus on jobs and less on tax reform.

Going forward, we expect that additional stimulus will be able to support consumption growth as the recovery gathers momentum.  The low-income households that receive the money will likely be able to find immediate use for the funds, which will benefit consumption and related companies.  Meanwhile, as the economy moves from recovery to expansion, it is likely that the top 1% will begin moving their savings into equities and other assets.  Nevertheless, it generally takes a year after an economy enters expansion before employment returns to pre-recession levels.  Hence, a great recovery for some people may still be a stressful recovery for others, so policymakers should keep that in mind when deciding whether to withdraw stimulus.