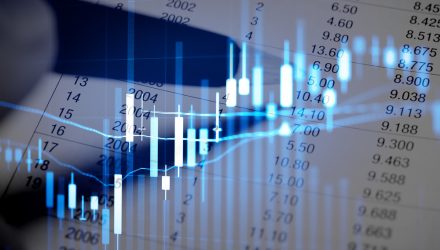 A Look at Energy & Commodities

Energy is currently the number one ranked US sector on a risk-adjusted basis.  This comes from a steep, parabolic rise that has occurred over the last month.  We have written about this in the last few weekly updates, but it is worth pointing out that this sector remains top-ranked in our lists.

Investors should be weary of the energy sector.  It may be ranked first, but it is also volatile.  Our good friend and colleague, Brian Kasal, founder and CEO of Fourstar Wealth Advisors, gave a clever analogy when it comes to investing in securities that experience steep, fast rises like the energy sector has experienced.  He said that hopping into a quickly rising energy sector is like Charlie Brown kicking a football.  Oftentimes, investors pile in right before Lucy pulls the football and they end up flat on their backs.

This is true of any sharp or parabolic rise.  I am not saying that energy is going to turn around have a sharp drop right now, but it is a possibility that investors should note.  The energy sector has been prone to cycle around quickly.

Commodity basket ETFs rank high in our system right now.  When we think of “commodities”, a very diverse group comes to mind.  Commodities can range from oil to natural gas, to soybeans and corn, to livestock and gold.  These commodities can often move very different from one another.  We just discussed the recent rise in the energy sector.  This rise in energy-related markets, is reflected in the rise of commodities.  Why? Well, many commodity-basket ETFs are heavily reliant on energy, with as much as 55% of the ETF’s return coming from energy commodities such as natural gas, crude oil, and heating oil.  In other words, as energy goes, commodity baskets will follow.

Right now, energy related commodities have been at the top of the commodity futures rankings:

You can also see that the Russell has put in a series of higher lows and lower highs, forming a triangular-looking pattern.  Short-term volatility (as measured by the Canterbury Volatility Index) has been declining.  This has the makings of a “squeezed down spring” that is ready to release pent up pressure.  We will be watching for which direction the Russell breaks to. 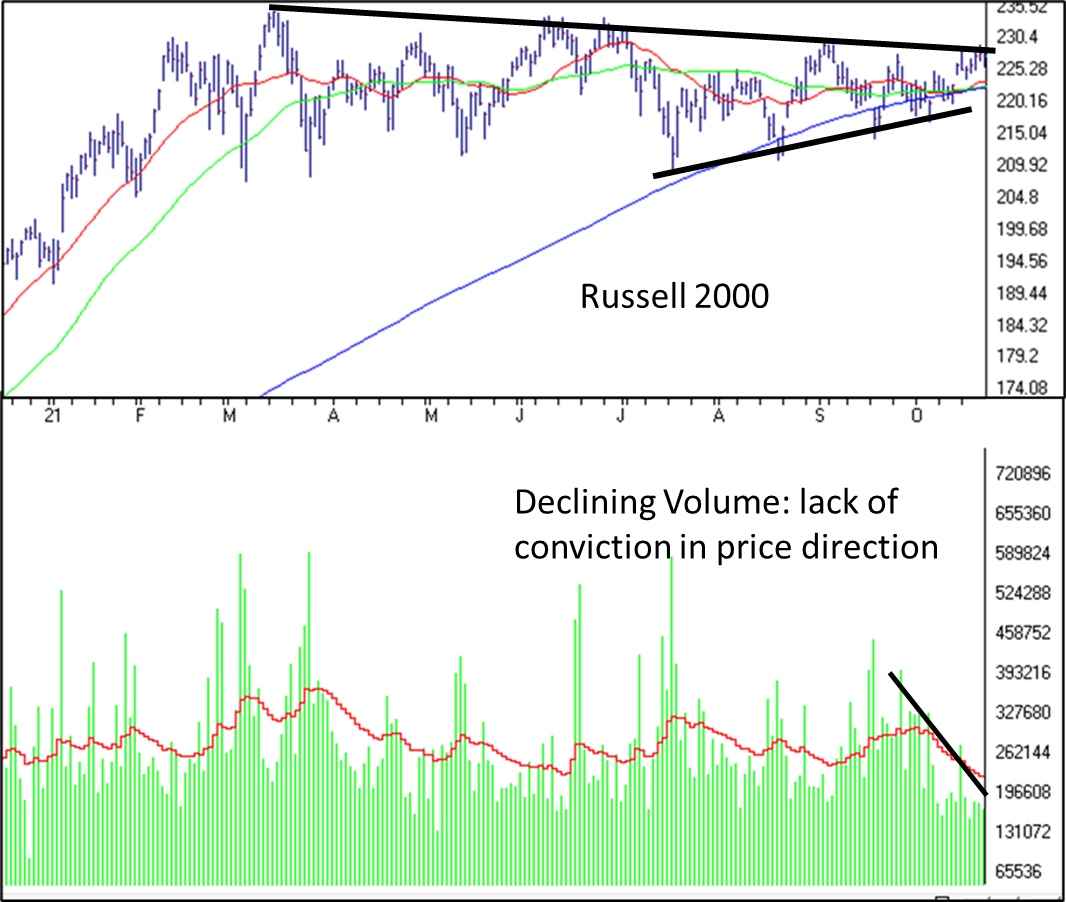 We discussed the energy sector and the effect that it has on some commodity baskets.  Again, energy has been performing very well.  We do not know how long those characteristics will stay in place, but we do think the sector is a extended.  If energy does take a hit, be weary of commodity-related securities since energy makes up a large component of many of those funds.

Canterbury will continue to keep an eye on the Russell 2000.  The index had briefly tried to lead the markets before continuing its narrowing trading range.  There is a higher-than-normal probability of a large move in the index, but the direction of the move is uncertain.  At some point, it will have to break out of its compressing pattern, up or down.  Given the declining volatility, volume, and scrunched moving averages, we would expect that to be sooner rather than later.