You are at:Home»Featured»ETF Strategies to Tap Into Strong M&A Activity in 2022 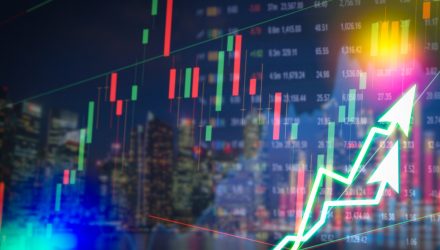 ETF Strategies to Tap Into Strong M&A Activity in 2022

After a strong year of mergers and acquisitions, the pace of M&A doesn’t seem to be abating any time soon. Investors can also capitalize on the flurry of corporate deal-making through targeted exchange traded fund strategies.

Mergers and acquisitions activity hit a record in 2021 due to low interest rates, a surge in private-equity fundraising, and adapting to broader shifts in their industries in an environment reckoning with changes in the ongoing pandemic, the Wall Street Journal reports.

The total value of global M&A transactions for the year that ended on December 21 was $5.7 trillion, or 64% higher than the same period year-over-year, according to Refinitiv data. The total number of deals also increased 22% over the timeframe to 59,748.

Looking ahead, M&A lawyers and advisors argued that many of the factors that supported deal-making in 2021 will continue into 2022, but some policy changes, like the Federal Reserve’s higher interest rate outlook or increased regulatory scrutiny, could weigh on activity.

“We look at the big trends that have continued over the years and say, ‘Are they more likely to continue or not?’ And our conclusion is that, generally speaking, they are likely to continue going into next year,” David Harding, advisory partner at Bain & Co., a professional services firm, told the WSJ.

Companies have continued to tap into into the cash hoards that they accumulated early on in the pandemic to pursue M&A. Cash and equivalents among S&P 500 companies increased 11% over the third quarter compared to the prior-year period to $3.78 trillion, according to S&P Global Market Intelligence data.

As a way to tap into the merger arbitrage strategy, investors can look to the IQ Merger Arbitrage ETF (NYSEArca: MNA), which employs a type of alternative, “directional hedge fund strategy” called merger arbitrage, where the fund tries to capture the spread between a stock’s trading price before a deal is announced and its eventual takeover price.

A merger arbitrage strategy may also help improve portfolio diversification. Merger arbitrage returns have not historically been materially influenced by the broader equity and fixed income markets, as demonstrated by low correlation to broad market indexes.