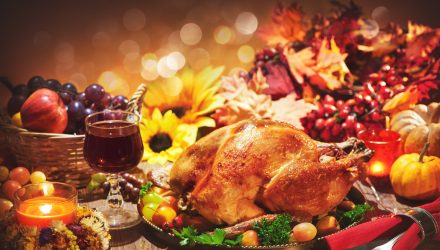 How much has the Cost of a Thanksgiving Dinner Changed over the Years?

Subdued inflation has helped bring results one might not normally expect.

To determine the price of the dinner, the Bureau uses 166 volunteer shoppers who have checked prices in 37 states to look for the best possible prices without taking advantage of any special promotions. 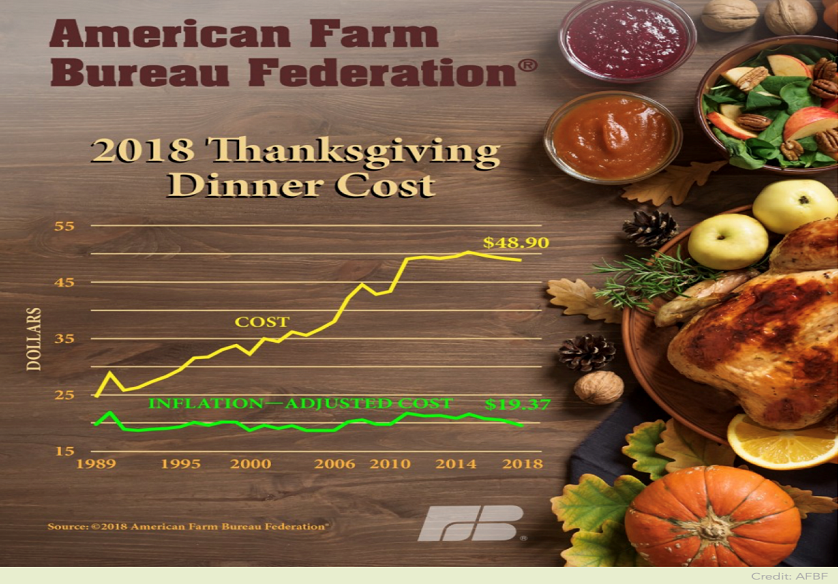 Some of this year’s survey results indicated that: 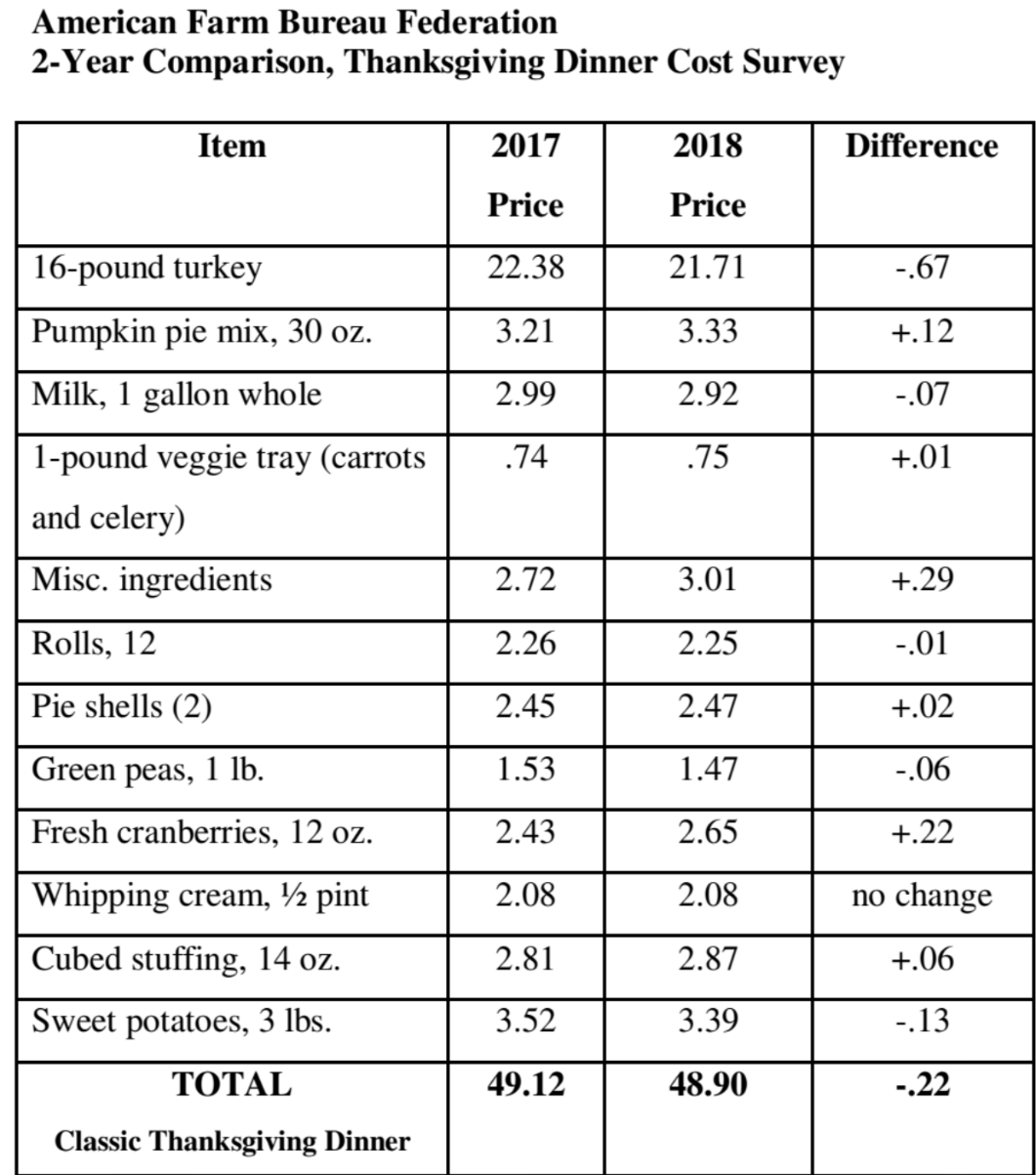