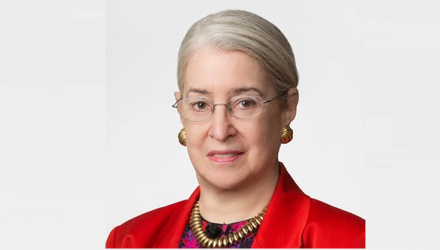 VettaFi financial futurist Dave Nadig said, “I met Kathleen back in the ’90s when ETFs were just a crazy idea to a lot of us. She was, above all else, overflowing with joy to teach people about the things she thought were cool, no matter how nerdy the rest of the world thought they were. I consider myself lucky to have known her and learned so much from her over the decades. Her voice won’t quickly be replaced.” 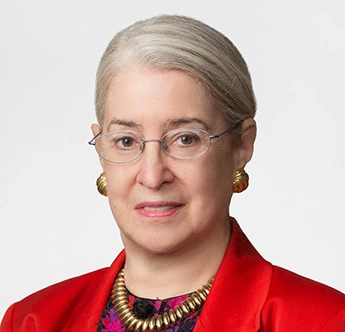 A frequent speaker at industry conferences and webinars, Moriarty’s storied career helped ETFs become a critical component of the investment landscape. “Without efforts from Kathleen, the $7 trillion ETF industry full of 3,000 innovative products would not be as successful. She was a pioneer, and great ambassador,” VettaFi head of research Todd Rosenbluth said.

Moriarty was senior counsel at Chapman and Cutler LLP, having previously worked for firms such as Arnold & Porter Kaye Scholer LLP, Katten Muchin Rosenman LLP, Carter Ledyard & Milburn, Harkins Delafield & Wood LLP, and Orrick, Herrington & Sutcliffe LLP. She got her degree from the University of Notre Dame Law School, J.D., in 1980 after graduating from Smith in 1975.

Principal of GTS, Reginald Browne said of Moriarty in a post on LinkedIn that she was “one of the ETF industry’s GOAT Super lawyers. She was at the helm of nearly every upward inflection point in ETF product innovations. She was a super nice person with a warm heart and welcoming spirit.”

Over the course of her career, Moriarty received numerous awards. She was an inaugural member of the ETF Database’s ETF Hall of Fame, recipient of two Global ETP Icons of the Industry Awards, recipient of the IMN 2016 William F. Sharpe Lifetime Achievement Award, recipient of the 2017 Nate Most Award — Greatest Contributor to the ETF Marketplace, and was featured in Bloomberg’s “The ETF Story,” released in 2019.

Tom Lydon, vice chair at VettaFi, said, “Kathleen has been a friend to all people in the ETF industry. She deserved the credit she received from her colleagues, clients, and friends for being an integral part of advancing the innovation of the ETF business. Her hard work and intelligence made our ETF ecosystem better. Most importantly, Kathleen was a people person. She valued the friendships she accumulated over the years, and we’re all the better for having Kathleen as a friend. I’m really going to miss seeing her smiling face.”