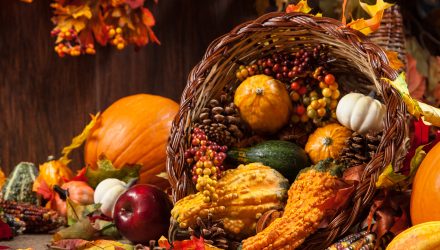 The equities market and stock exchange traded funds ended November on new highs, with the Dow Jones Industrial Average surging more than 300 points to finish above 24,000 for the first time and financials leading the charge, on growing optimism over the tax bill.

Contributing to the massive surge in the uranium miners space, major miner Cameco recently announced plans to cut production due to “continued uranium price weakness.” In response to Cameco’s decision to cut back on supply, Research firm Raymond James calculated that global uranium production will be cut down by 15 million pounds if the suspension lasts for 10 months, which would further support prices.

Industrial metals have all rebounded in recent months as traders bet on improving global economic conditions would bolster demand for the base metals after prices hit multi-year lows. The markets are also experiencing tighter supply that further bolstered pricing.

While OPEC member states moving to cut production, traders are expecting a more stable crude oil market, which helped support the recent gains in the energy market. Current OPEC compliance with production cut plans remains above their historical average, and it usually takes between two to three quarters for inventories to normalize after the cuts. While demand has yet to catch up to elevated supplies, rebounding economies in Europe and steady economic growth in the U.S. could at least keep oil prices steady around current levels in the second half of 2017.

On the other hand, the worst non-leveraged ETPs of the past month include the iShares MSCI Chile Capped ETF (NYSEArca: ECH) down 11.1%, Amplify YieldShares Oil Hedged MLP Income ETF (BATS: AMLX) down 10.2% and iShares MSCI Turkey ETF (NYSEArca: TUR) down 9.3%.

The month of November began on even footing as the FOMC downplayed the negative effects of the recent hurricane season and upgraded the economy’s outlook, paving the way for future rate hikes.