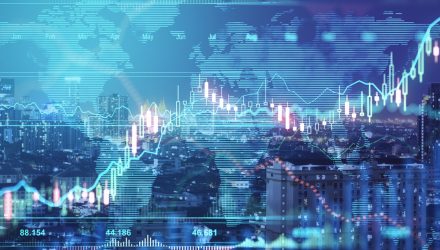 Most advisors have familiarity with the MSCI World Index, which contains some of the largest stocks globally and offers diversification through global exposure. When considering international investment, however, advisors and investors need to be aware that they are investing twice, once into the security and a second time into the local currency, which can fluctuate in value.

“Most people that invest outside the U.S. do it solely for the equity allocation, they don’t do it because they want to also invest in the local currencies,” Lydon explains.

DBAW offers international investments that are hedged against the U.S. dollar compared to the local currency and can protect the value of the allocation. Lydon gives the example of investing into Japan in the last year, which has had strong performance within its equities, but the appreciation of the dollar versus the yen erased almost all earnings for international investors.

In recent pollings on ETF Trends webcasts, roughly half of advisors have reported a desire to increase their international allocations this year because of highly favorable valuations as well as a difference in how other central banks are handling inflation compared to the U.S.

“Most central banks around the world are not as aggressive as far as their stance on heightening interest rates, so if you’re in a country that may not have an aggressive Fed policy, at the same time, relatively cheaper stocks within that country,” says Lydon, “the only thing that would be going against them is the currency might devalue if the U.S. dollar appreciates.”

DBAW can be used to satisfy a variety of investment strategies, including trend-following, but is largely the answer for a portfolio that has experienced negative effects from currency fluctuations. DBAW is a fund that works best as a complement alongside unhedged investments within an international allocation, Lydon believes.

“It’s just a point to consider; the dollar has been stronger than a lot of other foreign currencies, and if that trend does continue, but you like the valuations overseas, here’s a great option for you,” says Lydon.