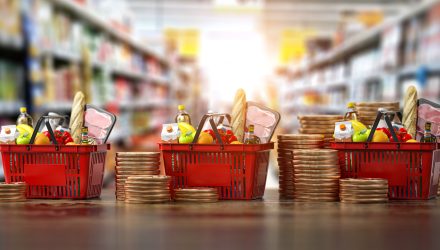 Inflation has been the primary focus for advisors and investors in 2022. While the Fed initially labeled the inflation potential as transitory, it has proven to be entrenched inflation instead, with added pressures from the Russian war in Ukraine. The Fed has officially begun its tightening cycle, with a total of 0.75% in interest rate increases so far this year and more than 0.50% raises on the way, alongside a reduction of the balance sheets.

“Today, the Fed has many rate hikes in their wallets that they’re going to be using over time; the big question is, do they have enough? Are the hikes enough? Does it stim off inflation, because their concern is if they are too hawkish if they are too aggressive, will it put the U.S. economy into recession?” Lydon explains.

There is a concern that this delicate balancing act means that the Fed will land on the side of not being aggressive enough, thereby creating entrenched inflation over the next 3-5 years. VanEck estimates that inflation is still in its early stages, as discussed in a recent webcast with VanEck and ETF Trends, and that for a portfolio to properly accommodate for inflation, advisors and investors should be contributing 15% of their portfolio to these types of strategies.

RAAX is a fund that offers exposure to real assets, and as portfolio allocations begin to move away from the traditional 60/40 breakdown between equity and fixed income, the fixed income reductions can instead go to portfolio diversifiers such as dividends, alternatives, or a fund like this.

“We’re seeing today, when you look at year-to-date flows, there is more money that has gone into the commodities sector ETFs than have gone into all of U.S. fixed income. That’s never happened, and it’s very noteworthy,” Lydon says.

Historically, gold has been a safe haven in challenging market times. In the last two years, Lydon explains, it has become one of the worst-performing commodities. It’s important to note though, that gold is generally a second-half player during inflationary times and could pick up in the months ahead.

“Having diversified allocation among all commodities, areas like real estate, energy, not just precious metals but also base metals too,” could be a benefit to portfolios, Lydon believes.

RAAX is an ETF that invests in other ETFs with commodity strategies that are also inflation protection strategies and provides diversification across the commodity spectrum. It’s a good trend following play and is currently above its 200-day moving average; trend following can be particularly strong in an area like commodities that tend to be reactionary to inflation cycles.

“There are some areas where you can buy and hold, in diversified equities or diversified fixed income,” explains Lydon. For “an area like commodities, inflation protection during inflationary times, it’s a cycle. The whole idea about following a trend is about following a cycle; you can’t pick the top, and you can’t pick the bottom, but you can get that big, chunky middle piece.”