You are at:Home»Crypto Channel»ETF of the Week: ProShares Bitcoin Strategy ETF (BITO) 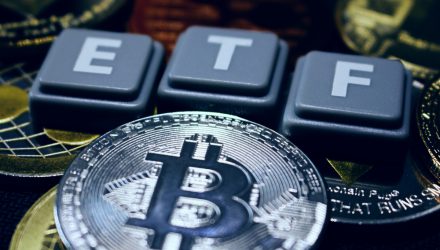 BITO is the first U.S. bitcoin-linked ETF offering investors an opportunity to gain exposure to bitcoin returns in a convenient, liquid, and transparent way. The fund seeks to provide capital appreciation primarily through managed exposure to bitcoin futures contracts. BITO does not invest directly in bitcoin, and the price and performance of bitcoin futures should be expected to differ from the current “spot” price of bitcoin.

For Lydon, this is a game-changer. Gary Gensler, Chairman of the SEC, finally becoming comfortable enough with putting forward a futures-based strategy regarding bitcoin is a big step. Even if it’s being handled in a way that doesn’t directly deal with bitcoin, there’s still a level of relief as far as potential for what’s to come and what is currently safe.

“It’s the best it’s going to be for a while in an ETF wrapper,” Lydon adds. He also notes that there may be many potential funds on the way, but only a few are really about to happen — VanEck, Valkyrie, and Galaxy are all in place and on the way to being rolled out, creating choice for investors.

“Ultimately, something that’s akin to GLD, where you actually have the ‘physically-backed’ ETF that has physical ownership of bitcoin — we’re probably not going to see for a while,” Lydon notes. Many may be waiting for this, but that’s at best half a year away.

As far as what is best for what’s available, it can be important to look at the shiny new trends, even if that results in some loss. It’s about achieving a level of experience to help growth. With that said, for middle-aged investors that haven’t had the option to direct in crypto, there’s a lot to like about the connection seen here between futures and bitcoin.

Something Lydon does like about this fund is how the bitcoin futures make for a potentially better option to currently be in for investors who want bitcoin, compared to the bitcoin support companies. “If you believe in the crypto miners for a small investment in your portfolio and diversification over time, that makes a lot of sense,” Lydon notes. “There is going to be a limited amount of coin that’s available, and the miners are the ones that are going to bring it home.”

There’s more adoption of cryptocurrency than there’s ever been before today, as the price of bitcoin is a breath from record highs. The big question is, for those that haven’t invested in crypto at all, with this fund’s availability, does it make sense to dollar-cost average oneself in where it will ultimately amount to 2–3%? Lydon says, yes, it does.

Looking at trading in just the past few days, BITO has done very well, silencing many of the naysayers in the process. It will go on record as being one of the top 10 launches of any ETF out there. The real test, however, will be what happens in the months to come for this fund. By nature of being a futures fund, its interplay with the volatile nature of bitcoin could be quite interesting.

One possible element to deal with is contango, which is where an investor sells their futures low while buying the next round of futures high. This is the reverse of what’s the proper method to garner a profit and could mean a significant drag. However, Lydon believes that this is an extreme example, where there’s only so much to suggest things straying too far from what could be considered a success. It doesn’t hurt that many intelligent people are watching all of this and ruling a certain way.

Lydon states, “Right now, there are enough futures out there to satisfy the demand. I think we’re going to be in good shape.”

Listen to the full podcast episode on BITO: