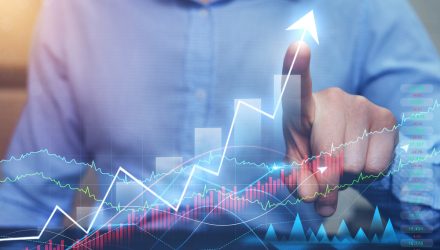 Lydon explains that inflation has been a large concern for advisors over the course of the last two years and that recent inflation has led to rising prices for consumers, and increasing interest rates within the next month from the Fed. PPI is a new fund that focuses on industries and sectors that typically perform well during inflation, such as banks that are able to profit from rising interest rates by lending at higher rates, energy, and commodities.

“AXS and Astoria have done a great job about offering up an option for advisors and investors to help diversify their portfolios and also maybe hedge a little bit against inflation at the same time,” Lydon says.

Jaffe explains that this particular fund isn’t one that attempts to offer high inflation-adjusted returns but instead is focused on inflation-sensitive industries. With its investment in energy, it will capture the rising prices of oil, particularly in the face of the Russian invasion of Ukraine, which some analysts are predicting could drive inflation up to 10%.

As an actively managed fund, PPI has the ability to change how it is allocating as inflation changes and industries either outperform or underperform. Year-to-date, Lydon explains that while last year saw outflows from commodities as a whole, this year, there has been a $6 billion inflow into commodities.

“The other thing that’s really important to understand is that we haven’t seen an extended time period of inflation since the 1970s,” Lydon discusses. “It’s an area of the market that let’s just say that advisors and investors just don’t have a lot of experience in.”

There is a general lack of agreement on the nature of the inflation being experienced, whether it is transitory or will be a feature of life for several years, and it’s led to varied analyses of how the Fed will handle interest rate increases. For advisors who believe that inflation is going to be longer-lasting, investing away from stocks and bonds a little and into a fund like PPI that captures areas that could perform better during inflation could be a smart play.