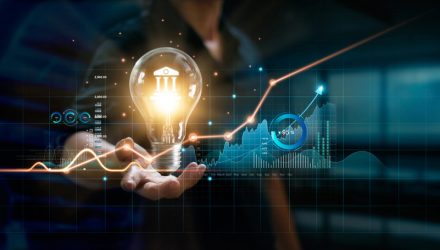 Recorded just before the midterms, this episode focuses on two energy funds from the same issuer, these funds play two sides of the possible midterm outcomes. If the Democratic party manages to maintain control of both chambers in the legislative branch, Lydon thinks it is likely that clean energy investment will continue to see funds pouring in. A Republican sweep, meanwhile, will result in a better environment for more traditional fossil fuels like oil and gas. “Everyone is looking at the midterms, they want to know how they will affect the economy and inflation,” Lydon said.

As of the time of this posting, the results of the midterm remain very much up in the air. Despite predictions of a “Red Wave” Democratic candidates had a far better night than anticipated, with John Fetterman handily defeating Mehmet Oz and several state houses swinging bluer. Control of the Senate and the House remains unknown at this time, as Nevada and Arizona’s senate race results were still up in the air, with Georgia heading into a runoff. Several key House races are still too close to call, including Lauren Boebert’s supposedly safe Republican seat.

“Energy in general, with high inflation, is going to continue to do well,” Lydon noted, after explaining that despite all the money going into clean energy lately, “dirty” energy has maintained stellar performance. “I’m not even sure which of these is going to do better in the next 12 months, even if you know what the outcome will be,” Lydon said. He observed that energy as a sector has continued to perform well despite declining performance throughout both fixed income and equities.

Jaffe noted that “both of these [funds] are above their 50-day moving average.” However, CNRG has fallen below its 200-day as the election approached.

“The good thing is energy prices across the board have declined in the last six months,” Lydon said, noting that the solid performance in the midstream and in wind and solar are showing the resiliency of energy. Despite lower prices, record profits are coming in.

Despite the political differences between the funds, Lydon observed that they can exist peacefully together in a portfolio, “if you brought a little bit of both you are probably going to do well over time.” If inflation hangs around and rates remain high, energy could continue to thrive as investors seek places to diversify into.