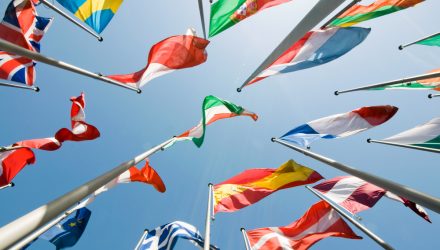 DWCR seeks long-term capital appreciation that corresponds generally to the performance, before fees and expenses, of the Dorsey Wright Country and Stock Momentum Index. The index is constructed pursuant to Dorsey, Wright & Associates’ proprietary methodology. The index has a relative strength focus that looks for the 10 strongest performing countries among a universe of 41 countries. Once the country is identified, the index methodology is designed to identify 10 companies that demonstrate powerful relative strength characteristics within that country. The fund and the index are equally weighted and rebalanced and reconstituted quarterly.

“It’s a momentum fund and it picks stocks in individual countries when those countries tend to be doing well, especially those stocks within those countries,” Lydon said. “When you look at our current environment, and as we look into 2021 and not just in the U.S. but across the world, things start to open up, there’s going to be countries that are doing a little bit better than others.”

Lydon noted that some countries like China have recovered better already.

“Areas like northern Europe have done a better job than southern Europe,” he said. “And guess what, the stocks within those countries have done better. If you are feeling optimistic about vaccines coming in around the world, global economic recovery and stocks doing better, especially outside of the U.S., this is something to consider.”

Listen to the full podcast episode on the DWCR ETF: