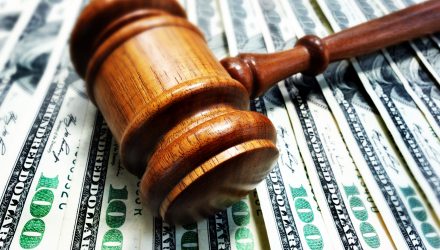 In the court documents, ETFMG denies a raft of allegations, but does “admit that PureFunds and ISE/Nasdaq had certain contractual roles in developing the Disputed ETFs and deny knowledge or information sufficient to form a belief as to the amount spent by ISE and Nasdaq in connection with the Disputed ETFs.”

HACK turns four in November while CIBR will turn three in July. CIBR, the First Trust offering, now has more than $404 million in assets under management.

In the court documents, ETFMG does “admit that certain of Nasdaq’s expense obligations were satisfied through netting against ETF profits, which was necessitated by Nasdaq’s failure to make payments owed under the contracts.”

ETFMG outlines 16 defenses regarding why Nasdaq’s claims should be barred, including that ETFMG suffered more than Nasdaq, the Defendants “acted at all times with reasonable care with respect to the circumstances and events at issue,” and the claim that ETFMG has paid Nasdaq “under the Relevant Agreements, directly through appropriate set-off against amounts owed to Defendants.”