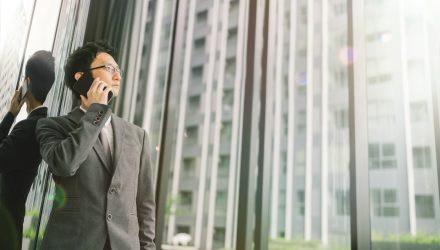 ETF Investors Are Starting to Shift Toward Value

After years of leading the pack, growth stocks have taken a hit in this year’s selling, and ETF investors are turning to the value style as a suitable alternative.

For example, the iShares Russell 1000 Value ETF (NYSEArca: IWD) has been among the most popular plays in recent weeks, attracting close to $1.1 billion in net inflows over the past week and $2.5 billion in the past month, according to XTF data.

As the U.S. stock market selling intensifies, strategists have advised investors to buy value over growth, which Bank of America Merrill Lynch technical analysts including Stephen Suttmeier argued is in a “corrective phase,” Bloomberg reports. Suttmeier expects growth to underperform value into late 2019.

However, some warned of the knee-jerk reaction to turn to value since the style heavily weighted toward potentially troubled areas of the markets. For example, IWD includes a 27% tilt toward the financial sector, so the fund may not be as defensive as one may expect given the problems surrounding banks in the current environment.