You are at:Home»Investing»ETF Investors Shying Away from Europe 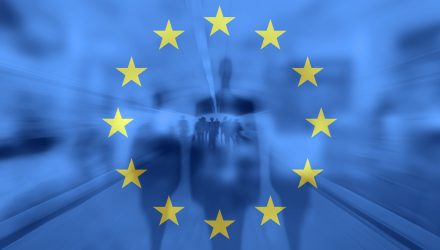 ETF Investors Shying Away from Europe

Investors have yanked almost $11 billion from Europe region-related ETFs in the past three months.

For example, Vanguard FTSE Europe ETF (NYSEArca: VGK), the largest Europe-related ETF on the market, experienced $906 million in outflows over the past three months.

During May, over $3.7 billion in assets were funneled out of Europe equity ETFs on a net basis, with funds tracking German, Italian and Spanish stocks among those experiencing significant net outflows, the Financial Times reports.

Pushing investors away from this segment of the global market, the slowing eurozone growth in recent months coupled with unease over the stability of the European Union as the anti-establishment Five Star Movement and far-right League formed a government in Italy fueled concerns over Eurozone assets. Furthermore, rising trade tensions as the Trump administration escalates protectionist rhetoric also weighed on the export-heavy Eurozone market.

Some investors are growing increasingly wary of European banks as ETFs tracking financials saw net outflows in Europe and the U.S. Goldman sachs research found mutual funds were on average holding fewer bank shares than benchmark indices and even raised short positions on the sector year-over-year.