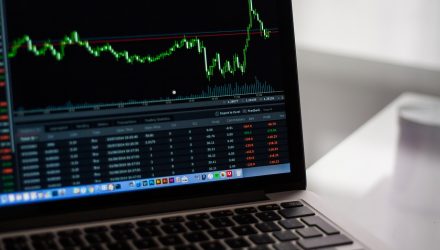 U.S. equities have pushed to new heights in the New Year, with the Dow Jones Industrial Average now trading above 25,000 for the first time. However, despite the record-setting rally, investors are pulling money out of stock exchange traded funds.

On the other hand, the most popular ETF play over the past week was a broad fixed-income related option, the iShares Core U.S. Aggregate Bond ETF (NYSEArca: AGG), which saw $862 million in net inflows.

The disconnect between equity market enthusiasm and the ongoing rally is not anything new as many have described the multi-year move as the most unloved stock rally. With the U.S. stock market extending, more investors may be growing antsy over their equity exposure and could be trimming allocations in anticipation of a potential turn.

According to the Wall Street Journal, survey data has indicated that American stock ownership is on the decline. About 54% of investors on average hold stocks for the current bull market from 2009 to 2017. In contrast, 62% of Americans reported equity investments between the dot-com bubble and the prelude to the global financial downturn.

Nevertheless, if investors are concerned about valuations in a extended bull market environment, one can shift their focus away from high-flying, growth-oriented stocks and look to the value style instead.