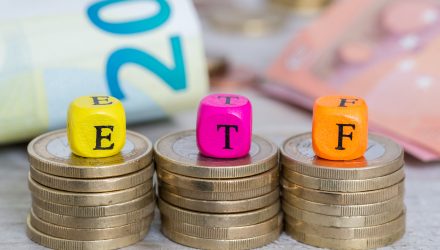 Lower fees relative to actively managed mutual funds have long been a catalyst for growth in the ETFs industry, but data suggest advisors and investors are increasingly prioritizing expense ratios in the ETF evaluation process.

“Nearly two-thirds (64%) of advisors and institutional investors ranked expense ratio as ‘very important’ when selecting ETFs, ahead of the nine other factors evaluated for importance. Expense ratio ranked number two among the most-important factors in the 2014-2016 surveys and No. 3 in 2013,” according to the fifth annual ETF industry survey by Brown Brothers Harriman and ETF.com.

As has been seen in prior years, ETF issuers have unveiled a spate of expense ratio reductions in 2017. Additionally, more fund providers are taking a closer look at their benchmark indices to try and reduce costs wherever they can, which ultimately will benefit the end ETF investor.

This year, investors are displaying an overt preference for low-cost ETFs as the bulk of ETF flows in 2017 this year have been directed to those funds with expense ratios of 0.2% per year or less. ETFs with annual fees of less than 0.1% have been particularly strong asset gatherers.