You are at:Home»Investing»ETF Investors Look to Short-Term Treasuries as Their Safety Play 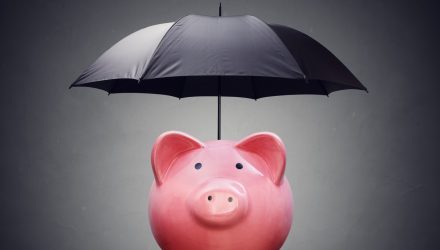 ETF Investors Look to Short-Term Treasuries as Their Safety Play

With the markets reeling and demand for stability rising, investors have looked to bond-related exchange traded funds for safety, specifically short-duration debt exposure as many keep an eye on rising interest rates.

Over the past week, the iShares Short Treasury Bond ETF (NYSEArca: SHV) and iShares 1-3 Year Treasury Bond ETF (NASDAQ: SHY) were among the most popular ETF plays, attracting $2.0 billion and $1.2 billion in net inflows, respectively, according to XTF data. The short-term bond play is not anything new as SHV has brought in a net $11.8 billion and SHY added $9.0 billion in new inflows year-to-date.

SHV tries to reflect the performance of the ICE U.S. Treasury Short Bond Index, which is comprised of U.S. Treasury bonds that mature in less than 1 year and provides targeted access to a specific segment of the U.S. Treasury market. The ETF comes with a 0.15% expense ratio, a 2.32% 30-day SEC yield and a 0.41 year duration.

SHY tries to reflect the performance of the ICE U.S. Treasury 1-3 Year Bond Index, which is made up of short-term U.S. Treasuries to better help investors customize their exposure to the Treasuries market. The fund has a 0.15% expense ratio, a 2.58% 30-day SEC yield and a 1.85 year duration.