You are at:Home»Equity ETFs»ETF Investors Have Been Buying into the Emerging Market Sell-Off 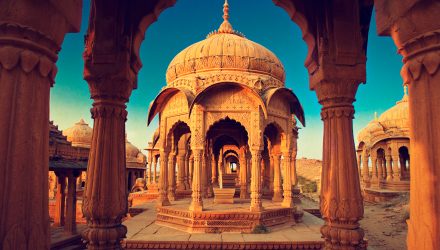 ETF Investors Have Been Buying into the Emerging Market Sell-Off

The emerging markets have plunged into a bear market after forming an infamous death cross where the short-term moving average crosses below the long-term trends. Nevertheless, exchange traded fund investors continued to pile into the developing economies, betting on a turnaround in a potentially oversold market.

The hefty inflows comes in as IEMG was amidst a steady sell-off from late January. Since the January highs, IEMG declined 18.6% and briefly touched bear market territory earlier this week. The ETF is now down 10.3% year-to-date.

The emerging markets have been selling off in recent weeks as traders dumped the riskier developing economies in face of a full-blown trade war between China and the U.S. Furthermore, political problems from Brazil, Turkey and Argentina have fueled the risk-off sentiment. Meanwhile, a strengthening U.S. dollar and the Federal Reserve’s tightening monetary policy have also pressured these economies that borrow in USD-denominated debt and dissuade investors.

Furthermore, China, the second largest economy in the world, is also showing signs of economic weakness on top of the trade war concerns.

“These headwinds mean that China’s economy will continue to slow over the rest of this year. And this is a key reason why we think that EM assets will generally continue to struggle, regardless of what happens in Turkey,” Capital Economics said in a note, according to the Financial Times.