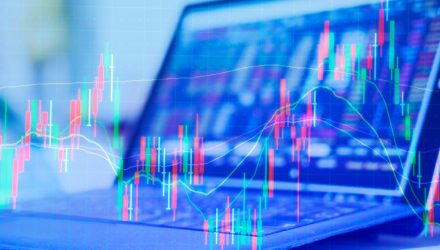 ETF Investors Favored Vanguard’s Lineup in the Volatile First Half

After a tumultuous first half of the year, exchange traded funds piled into cheap index-based strategies from Vanguard.

According to Bloomberg Intelligence data, Vanguard Group’s U.S.-listed ETFs attracted $89 billion in the first six months of 2020, followed by BlackRock’s iShares with an estimated $38 billion, Bloomberg reports. In comparison, over the first half of 2019, BlackRock led its main rival by about $1.9 billion.

Among the most popular plays in the first half of 2020, the Vanguard S&P 500 ETF (VOO) attracted $22.6 billion in net inflows, Vanguard Total Stock Market ETF (VTI) saw $10.7 billion in inflows and Vanguard Intermediate-Term Corporate Bond ETF (NASDAQ: VCIT) brought in $9.1 billion, according to ETFdb data.

“Vanguard is more focused on these types of products which are designed to cater to long-term, buy-and-hold investors,” Alex Bryan, director of passive strategies and research for North America at Morningstar Inc., told Bloomberg. Such customers “likely aren’t looking to make tactical adjustments based on what’s going on in the market.”

For instance, VOO comes with a dirt cheap 0.03% annual expense ratio, and it is only recently in late June that BlackRock cut its fees on the iShares Core S&P 500 ETF (NYSE: IVV) to 0.03% from 0.04%, reflecting the ongoing fee war that has sent fees closer and closer to zero as more cost-minded investors begin to look at the total cost of investing and ETF ownership.

While BlackRock’s iShares remain the number one leader in the $4 trillion ETF space, Bloomberg Intelligence analysts estimate that it could be overtaken in size by its chief competitor, Vanguard, within 10 years given the current trajectory of asset growth.

Nevertheless, BlackRock highlighted the value of its ETF offerings, especially during this market upheaval as traders looked for highly liquid instruments to go in and out of the markets in an efficient manner.

“When investors needed to rapidly reposition their equity portfolios in light of economic uncertainty and record volatility, they turned to iShares,” Ed Sweeney, a spokesman for BlackRock, told Bloomberg. “The same is true when they needed liquidity and transparency in fixed-income markets. IShares’ ETFs repeatedly demonstrated their versatility and resilience this year.”