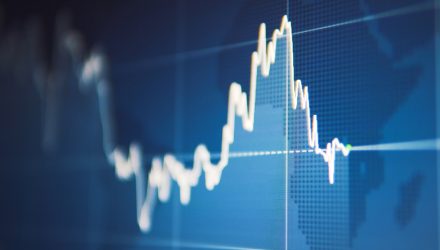 ETF Investors Dump Bonds in the Worst Selloff in Years

Exchange traded fund investors have been dumping fixed income assets as yields are set to end February with their biggest monthly gain in years.

Yields on benchmark 10-year U.S. Treasury notes spiked to as high as 1.614% overnight Thursday from about 1.0% back at the start of February. Yields are near one-year highs and are set for their biggest monthly jump since November 2016 when bonds sold off in response to Donald Trump’s U.S. presidential election win.

The steady rise in yields was fueled by the prospects of another coronavirus stimulus package and the recovering U.S. economy. The spike in rates also spread to global markets.

“Given how expensive bonds have been, meaning yields have been depressed, it was expected that when the selloff came it would move at great speed,” Seema Shah, chief strategist at Principal Global Investors, told Reuters. “This is a move driven by the U.S. and that has fed out to other markets, but large elements of the selloff in recent days are not just about the improvement in growth fundamentals but technical factors, too.”

Others, though, believe that this selloff in the bond market was a long time coming after the depressed rates we saw back in 2020.

“Seen from a fundamental angle, the ultra-low yields of 2020 made much less sense than the less depressed yields to which markets are heading now,” Berenberg chief economist Holger Schmieding, told Reuters.