You are at:Home»Equity ETFs»ETF Investors Are Shifting Back Into Stocks 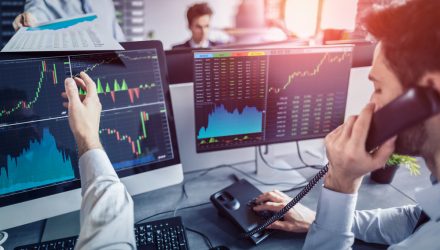 ETF Investors Are Shifting Back Into Stocks

Optimism over the ongoing economic recovery and easing concerns over abrupt changes to the Federal Reserve’s monetary policy helped fuel the biggest weekly inflows into global equity funds in 10 weeks.

Federal Reserve Chair Jerome Powell during the Jackson Hole symposium last week assuaged market fears of an abrupt withdrawal of Covid-19 pandemic-era stimulus, signaling that the central bank would be patient in hiking interest rates as the economy tries to recover toward full employment.

On the other hand, government bond funds experienced a 40% decline in inflows from the prior week to $1.37 billion.