You are at:Home»Featured»ETF Investors Are Returning to Emerging Markets 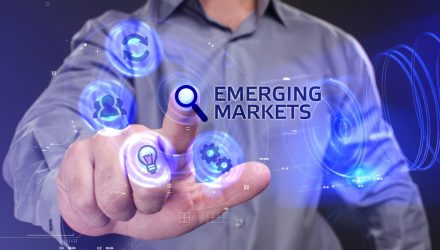 After the record sell-off in emerging markets over March, exchange traded funds that track the developing economies are beginning to attract more investors seeking growth opportunities in cheaper areas of the world.

For example, emerging-market countries like India, China, Brazil, and Russia saw nonresident investors funnel a total of $4.1 billion back into their stocks and bonds in May, the Wall Street Journal reports.

“Up until six or eight months ago, it didn’t matter if you put your money in this emerging market or that emerging market. But now because of the cascading effects of Covid-19, you have regional differences of how this pandemic is developing and how policymakers are responding,” Jonathan Fortun, an economist at the Institute of International Finance, told the WSJ.

For instance, foreign investors yanked out more than $1.1 billion from Brazilian equities last month and almost $880 million out of Turkish equities while pouring $1.6 billion into Indian stocks.

In Brazil, COVID-19 deaths are rising as President Jair Bolsonaro played down the severity of the pandemic. Meanwhile, India implemented broad lockdowns relatively quickly to quarantine the country.

Looking ahead, Warren Hyland, an emerging-market portfolio manager at Muzinich & Co., argued that Asia may be among the first in the developing world to return to pre-crisis levels, followed by Eastern Europe and then Latin America.

“That’s not because they are not dynamic economies in Latin America versus Eastern Europe, it’s just the virus is at an earlier stage there and is going to take a longer time to work its way through the system,” Hyland said.