You are at:Home»Equity ETFs»U.S. Stock ETFs Retreat as Worries Mount 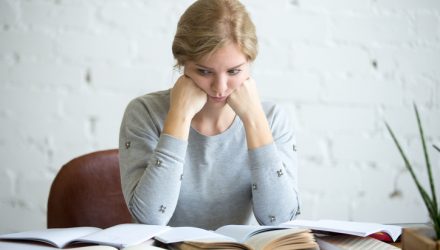 Meanwhile, U.S. Treasuries continued to sell off, along with European government bonds, on weak demand for French debt, which fueled anxiety that spilled over to U.S. equities, Bloomberg reports.

Yields on benchmark 10-year notes jumped about 25 basis points across nine sessions to 2.38% as a sell off comes in response to a growing number of central banks from Asia to Europe and the U.S. taking a more hawkish stance and seeking to remove nearly a decade of accommodative measures.

“There is a near-unanimous view coming out of central banks for an unwinding of this unconventional policy, either through interest rate rises or pulling back on quantitative easing, or in the United States, selling down some of the central bank holdings,” Paul Flood, multiasset portfolio manager at Newton Investment Management, told the Wall Street Journal. “People have finally woken up to the fact there’s not a backstop, a forced buyer in the marketplace anymore.”