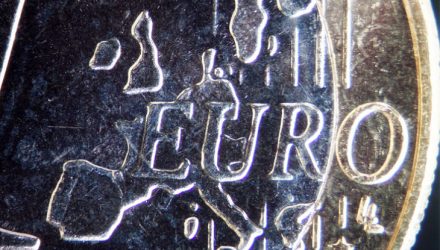 The SPDR EURO STOXX 50 (NYSEArca: FEZ) is just one of many Europe exchange traded funds that are soaring this year. FEZ, which tracks the EURO STOXX 50 Index, is up 18.5% year-to-date, a better than 2-to-1 advantage over the S&P 500.

Against the backdrop of dwindling political volatility, at least over the near-term, and compelling valuations relative to the U.S., European equities and ETFs such as FEZ could offer investors even more upside as 2017 moves along.

“If we consider only the absolute levels of GDP growth or stock market performance since 2009, Europe lags the US. However, the minimal GDP growth from 2009 – 2016 does not fully reflect improved fundamentals,” according to State Street. “In fact, in the first quarter of 2017, Eurozone GDP grew at an annual pace of 1.8%, while the US posted 0.7% growth. Admittedly, these are not long-term trend numbers but still suggest a potential shift in momentum, driven by strengthening fundamentals and, potentially, by changes in political leadership.”

While the France election is wrapped up, investors still must consider other sources of European political risk, including the June Brexit poll in the U.K. as well as national elections later this year in Germany and Italy. Germany and Italy are the Eurozone’s largest and third-largest economies, respectively.

The $3.68 billion FEZ allocates over 69% of its combined weight to French and German stocks. Spain and the Netherlands combine for 20.5%.