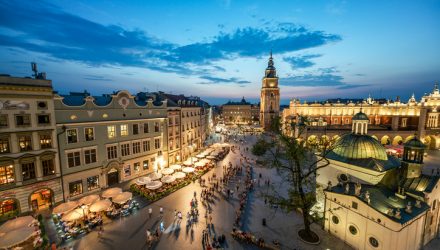 Supporting the momentum in the Polish markets, Poland’s economy grew at an annual rate of 4% for the first three months of the year, compared to 2.5% for the previous quarter, and the drop in investment that weighed on economic expansion through 2016 all but disappeared, reports Bartosz Chmielewski and Marcin Goettig for Reuters.

Furthermore, investments interest is rebounding, only falling by 0.4% year-over-year, compared to a decrease of 9.8% in the previous quarter. In seasonally adjusted terms, investments rose 1.0%.