You are at:Home»Fixed-Income»Mortgages & Income With an Inexpensive ETF 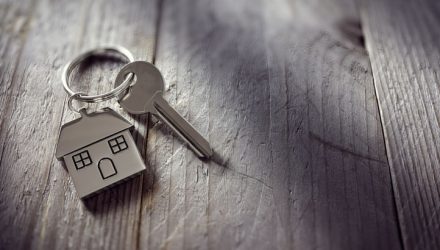 Mortgages & Income With an Inexpensive ETF

While MBS may offer modestly higher yields relative to U.S. Treasuries, the mortgage-backed bonds are exposed to prepayment risk – if rates dip before the security’s maturity, a homeowner can refinance debt, causing an investor to get back the principal early and reinvest it in a security with a lower yield.

“Vanguard’s index group has kept the fund’s performance close to its benchmark. From its November 2009 inception to March 2017, the fund produced an annualized return of 2.81%, lagging its benchmark by 0.04% on an annualized basis. This gap is less than its 0.07% management fee, which is among the lowest in the category. Over the same period, the fund’s absolute and risk-adjusted performance was in line with its average agency-mortgage fund peers,” according to Morningstar.

Credit risk is not a concern with VMBS as the ETF’s holdings are all highly rated. VMBS, which holds 552 bonds, has an average duration of 4.6 years and an average effective maturity of 6.8 years. The ETF charges 0.07% annually, making it less expensive than 92% of rival funds.