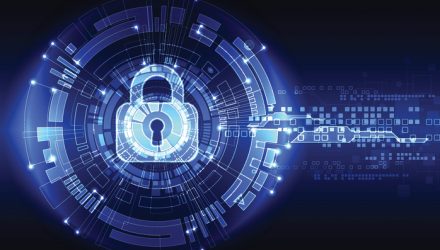 Increased Cyber Attacks Could Be a Boon for CyberSec ETFs

After the so-called WannaCry ransomware cyber attack infected over 200,000 computers over 150 countries, the specter of growing security issues in an increasingly interconnected world could help strengthen the nascent cybersecurity industry and sector-related exchange traded funds.

The recent WannaCry attack leveraged a hacking tool built by the U.S. National Security Agency, which leaked online in April.

“This is an emerging pattern in 2017,” Microsoft President Brad Smith told Reuters. “We have seen vulnerabilities stored by the CIA show up on WikiLeaks, and now this vulnerability stolen from the NSA has affected customers around the world.”

A cyber risk modeling firm estimated the total economic data at $4 billion, including costs associated with business interruption as companies and government agencies recover from the attack, according to a Direxion note.

The attack affected a diverse group of all sizes. For instance, auto maker Renault suspended manufacturing at some plants in Europe to prevent the spread of the virus, along with a Nissan manufacturing plant in England, hundreds of hospitals and clinics in the British National Health Service, German rail operator Deutsche Bahn and FedEx Corp. The virus was found in 400 computers at a Jakarta hospital, disrupting the registration of patients and finding records.