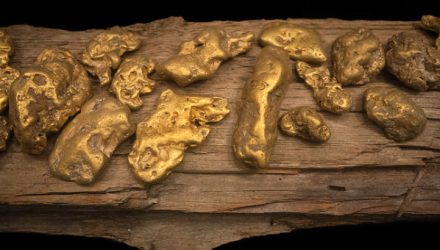 Good Vibes For Gold ETFs, But Will the Fed Spoil the Party?

The SPDR Gold Shares (NYSEArca: GLD), the world’s largest gold-backed exchange traded product, retreated a bit last Friday, but still managed a weekly gain of almost 0.8%. That could be just one more incremental sign that gold is poised to breakout to new 2017 highs.

Gold may be tested in the near-term with another Federal Reserve meeting looming. Gold has enjoyed greater demand in a low interest-rate environment as the hard asset becomes more attractive to investors compared to yield-bearing assets. However, traders lose interest in gold when rates rise since the bullion does not produce a yield.

“In addition, data out of Asia seems to confirm that physical gold demand has been increasing in both China and India which is adding support to physical Gold prices. With psychological resistance at $1300.00 just a few ticks above current price levels, we may see Gold prices begin to accelerate higher should resistance fail to hold and trend following commodity funds add to positions on a breakout to new highs for the year,” according to OptionsExpress.

“From the end of 2013 through the end of 2016, the U.S. dollar appreciated against a basket of foreign currencies, and gold prices in USD declined from $1,205 per ounce to $1,146 per ounce, or a 5% decline. However, if an investor took away the strengthening dollar from the equation, gold priced in non-U.S. currencies, like the euro currency, rose from €873/oz to €1,096/oz, a 25% increase, according to Bloomberg data.