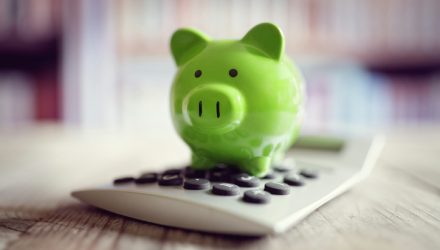 Get Defensive With This Dividend ETF

Although the growth and momentum factors are shining bright this year, some defensive strategies are also delivering for investors. For example, the iShares Select Dividend ETF (NYSEArca: DVY) is higher by more than 6% year-to-date.

High-yield dividend stocks and exchange traded funds have been rewarding yield-starved investors for much of this year, but that trade has recently been threatened on concerns that defensive sectors, such consumer staples, telecom and utilities, are overvalued and that the Federal Reserve could raise interest rates again this year.

DVY, one of the largest U.S. dividend ETFs, allocates over 30% of its weight to utilities stocks. Utilities, one of the smallest sector allocations in the S&P 500, is also one of the least volatile. However, those favorable traits do not come free. As previously mentioned, utilities are highly sensitive to interest rates. Additionally, the sector often trades at a premium to the broader market due to its high yield and defensive traits.

The fortunes of the utilities sector seem to be tied to the Federal Reserve’s interest rate outlook. Once the Fed eventually hikes interest rates, the higher rates will make fixed-income instruments more attractive on a relative basis, and bond-like equities, like utilities, less enticing. Consequently, utilities may remain flat or underperform other segments of the equities market once rates start ticking higher.

However, a point that often goes overlooked with DVY as it pertains to its sensitivity to interest rates is that after utilities, the ETF’s sector weights are actually highly cyclical. For example, DVY allocates 29% of its combined weight to cyclical consumer discretionary and financial services stocks; sectors that have often performed well in the face of higher interest rates.