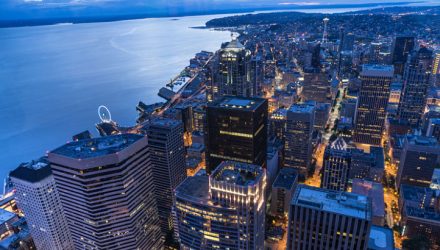 The Financial Select Sector SPDR (NYSEArca: XLF), the largest exchange traded fund dedicated to the financial services sector, rose 1.3% last week. That is good for one of XLF’s best weekly performances in recent weeks and could be a sign the sagging sector is on its way to rebounding.

“A pullback following such a quick rally should be expected, although the fact that tax reform legislation looked like it was going to get pushed further and further out into the future was a contributing factor. I was of the opinion that the relative value in the financial sector disappeared in the few months following the election. Given the catalysts coming down the pike in the near future coupled with the recent pullback, I think there’s value in the financials once again,” reports ETF Daily News.