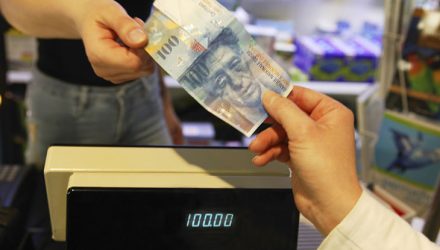 It has taken awhile for financial services exchange traded funds focusing on U.S. banks to get going this year, but the iShares MSCI Europe Financials ETF (NYSEARCA:EUFN) has been on a roll most of this year.

After tumbling last year, EUFN is higher by nearly 20% this year, an impressive performance when considering some lingering concerns facing European banks.

Those concerns increased after the European Central Bank (ECB) in June allowed Spain’s Banco Popular to be sold for essentially nothing, calling into question the recapitalization effort of Italy’s Banca Monte dei Paschi di Siena and plans to shape other Italian banks.

“Good news in the euro-area countries that were at the heart of the region’s debt crisis is pushing bank shares higher even as the broader market declines,” reports Bloomberg.

While it is not good news for taxpayers, the recently approved bailout of Monte dei Paschi could be a positive for EUFN.

“The European Union has approved a 5.4 billion euro ($6.1 billion) state bailout of Italy’s fourth-largest lender, Monte dei Paschi di Siena (BMPS.MI), taking the total amount of Italian taxpayer funds deployed to rescue banks over the past week to more than 20 billion euros,” according to Reuters.