You are at:Home»Fixed-Income»An Active Bond Idea for a Different Kind of Normal 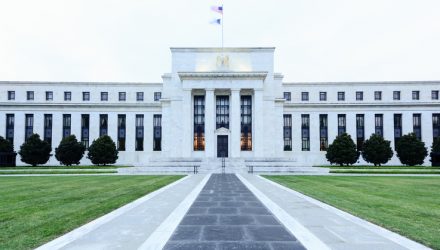 An Active Bond Idea for a Different Kind of Normal

The $3.3 billion TOTL holds nearly 630 bonds and has a modified adjusted duration of 4.3 years. Duration measures a bond’s sensitivity to changes in interest rates. The average maturity of TOTL’s holdings is 6.2 years.

“Rock bottom interest rates have taken a toll on many fixed income vehicles. The yield of the Bloomberg Barclays U.S. Aggregate Bond Index (the Agg), a traditional fixed income benchmark, is 40% below its 20-year average. Meanwhile, the Agg’s duration has extended to six years—25% above its 20-year average. This is its longest duration ever based on data going back to 1989, speaking to its potential vulnerability to further rate changes,” according to SSgA.

With TOTL being a credible alternative to traditional core fixed income exposure, comparing the ETF to widely followed Bloomberg Barclays U.S. Aggregate Bond Index makes sense. Since TOTL debuted in 2015, the ETF has outpaced the Bloomberg Barclays U.S. Aggregate Bond Index while sporting a superior yield with less volatility and a lower duration.