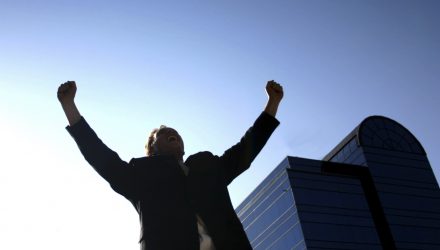 ETF Industry Growth on Pace for Another Record Year

The ETF universe is quickly expanding and at its current pace, the industry is looking at another record year.

According to BlackRock data, global net inflows to ETFs hit $553 billion before the end of November this year, compared to a record $379 billion for all of 2016, reports Jennifer Thompson for the Financial Times.

If the current speed of asset accumulation is any indication, the global ETF industry is projected to attract over $600 billion this year, which would represent a record-breaking feat for the fourth consecutive year. While another year of high asset growth is not anything new for the ETF industry, it is notable that the rate of growth is also accelerating sharply.

In 2015, inflows expanded just under 6% year-over-year while in 2016, inflows rose just over 8%. However, this year looks like a standout as assets have grown 46% so far this year based on fewer than 11 months’ worth of inflows, suggesting that investment appetite still has more room to run.

ETFs have become a popular way to access the investable markets due to their ease of use and cheapness when compared to traditional open-end actively managed mutual funds. Along with their ability to track a benchmark index, ETFs also provide a relatively straightforward means to access targeted markets or particular investment themes.