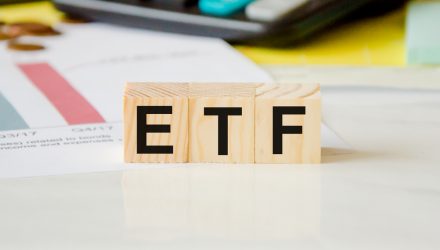 Exchange traded fund flows reveal investors are already prepping for a shift away from risky assets as equities trade toward record highs.

In addition, the iShares S&P Small-Cap 600 Value ETF (IJS) also saw $322 million in outflows. The redemptions are part of an ongoing trend as value ETFs have now suffered $560 million in withdrawals over July after months of inflows during the shift to value and economically sensitive sectors following the rollout of the Covid-19 vaccine.

“After a strong run for risk-taking in pro-cyclical ETFs for much of the year, investors have taken profits,” Todd Rosenbluth, head of ETF and mutual fund research at CFRA, told Bloomberg. The concerns are that “global economic growth could prove weaker than originally expected.”

Meanwhile, investors shifted to safe spaces as valuations in risk assets look pricey. The iShares 20+ Year Treasury Bond ETF (NasdaqGS: TLT) has attracted almost $1.2 billion in net inflows over the past six sessions, according to Bloomberg data, with over half coming in over the last week.

Investors also hedged bets with the options market. For example, open interest in bullish calls on SPY declined to their lowest since 2019 over mid-June, reflecting a lower confidence in S&P 500 Index over the near-term.

Additionally, the ProShares UltraPro Short S&P 500 ETF (NYSEArca: SPXU), which takes the -300% daily performance of the S&P 500, is attracting greater interest. Options volume for SPXU are usually light, but on Wednesday, over 50,000 calls expiring July 16 exchanged hands. While one can’t accurately say how the calls are being used, they will typically increase in value if the S&P 500 falls and the price of SPXU breaks its year-long losing streak.

Investors are also shorting the iShares Russell 2000 ETF (IWM) by the most amount this year. The percentage of shares in IWM on loan surged to over 11% earlier this week, according to IHS Markit Ltd data.

For more news, information, and strategy, visit the ETF Trends.