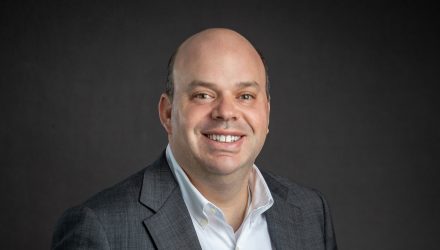 ETF Flows in April Were Stronger Than They Might Appear

Be careful making too much of ETF flows. In April 2022, ETFs had net outflows of $6.1 billion, breaking a monthly string that dated back to August 2019. Even in March 2020, when the COVID-19 pandemic emerged, the ETF industry pulled in slight net inflows of $175 million. So, there is reason to wonder what happened and whether the demand for ETFs is weakening.

The U.S. equity net outflows were concentrated in three of the four largest ETFs — the SPDR S&P 500 ETF (SPY), the iShares Core S&P 500 ETF (IVV), and the Vanguard S&P 500 (VOO) — which combined to receive $32 billion of net redemptions in April. While SPY has been out of favor throughout the year with $26 billion of net outflows through the first four months, VOO and IVV have pulled in $14 billion and $2.4 billion, respectively, even after net outflows of $11.7 billion and $10.5 billion in April.

Digging deeper, IVV had net inflows of $1.1 billion between April 1 and April 13, before incurring redemptions of $5.3 billion and $5.4 billion on April 14 and April 19, respectively. Meanwhile, VOO had net outflows of $1.8 billion in the first two weeks of the month, before redemptions of $5.0 billion on April 18 and $4.9 billion on April 20. The trading that occurred in IVV and VOO mid-month was abnormal. However, the dollar amount was close to the mirror image of net inflows that the two ETFs received per day in early February. In contrast, SPY had large daily inflows and outflows throughout April and extending back into the beginning of the year.

Of the trio of massive S&P 500 index-based ETFs, SPY had historically been most used by institutions based on its higher trading volume, However, the lower expense ratio for IVV and VOO (0.03% each compared to SPY’s 0.09%) make them relatively appealing to buy or sell by a range of investors with a short time horizon.

We believe that the mid-month redemptions are not indicative of a weakness in broader investor sentiment to large-cap equities or even ETFs in general. More likely, one institution chose to either take profits or perhaps switch to using S&P 500 Index futures rather than using ETFs.

The ETF industry remains extremely healthy, and the case for using these typically low-cost, highly liquid products is robust.