You are at:Home»Equity ETFs»An ETF for the Energy Sector Rally 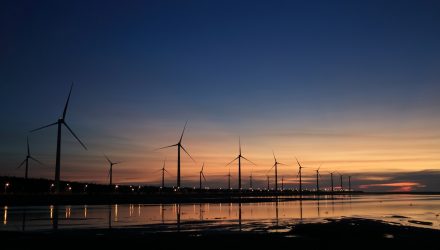 An ETF for the Energy Sector Rally

As has been widely documented, the energy sector is rebounding in dramatic fashion. However, some exchange traded funds are more levered to that theme than others. Risk-tolerant investors may want to consider exploration and production ETFs as a way of gaining exposure to more upside in oil prices.

The Case For Energy Equities

There are geopolitical catalysts looming that spark higher oil prices, which have the potential to beneift ETFs such as IEO.

“We see today’s backdrop of heightened Gulf tensions, supply constraints and steady global economic growth persisting,” said BlackRock in a recent note. “Geopolitical tensions in the Middle East could flare further in the near term, particularly between the U.S. and Iran. Oil supply could also tighten if OPEC extends production cuts in June, or Venezuelan production falls further. Yet the rise in oil prices we have seen so far is unlikely to pose a significant drag on the global economy and its impact on core inflation should be minimal, we believe.”