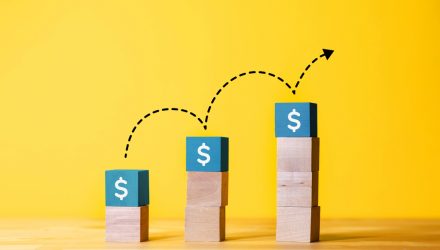 Why Growth Stocks May Merit Another Look

There’s no denying that value stocks are outperforming growth rivals by considerable margins this year. Beyond that, some of the factors hampering growth names, namely rising interest rates, remain in place.

Exchange traded funds such as the Invesco QQQ Trust (QQQ) and the Invesco NASDAQ 100 ETF (QQQM) are enduring some punishment at the hands of investors’ growth stock skepticism. However, those funds, both of which benchmark to the Nasdaq-100 Index, may be offering investors surprising amounts of value.

“Now, the most expensive stocks aren’t so pricey when compared with the broader market,” reported Jacob Sonenshine for Barron’s. “The 100 most expensive stocks in the U.S. stock market—many of which are found in the Nasdaq-100—once traded at an average earnings multiple that was about 27 points higher than the rest of the market during the pandemic era, according to Credit Suisse.”

Those are the breaks when mega-cap growth stocks, including Amazon (NASDAQ:AMZN) and Facebook parent Meta Platforms (NASDAQ:FB), both of which are QQQ and QQQM holdings, are among this year’s worst-performing big stocks.

Indeed, valuation alone isn’t a reason to buy or sell a stock or ETF, but the valuation situation on the Nasdaq-100 Index is getting to the point where investors may not want to ignore QQQ or QQQM any longer. At the very least, multiples on the Nasdaq-100 ETFs are more palatable today than they have been in recent memory.

“Now, they trade at just 15 points higher, almost in line with a long-term average of 14. That means if multiples for the broader market are almost finished declining from here, the most expensive stocks could outperform as they are more attractive now,” according to Barron’s.

Along with Amazon, electric vehicle giant Tesla (NASDAQ:TSLA) is another example of a beaten up QQQ/QQQM holding with strong growth prospects that’s experienced a notable valuation decline. The third- and fourth-largest holdings, respectively, in QQQ and QQQM, Amazon and Tesla combine for about 10.4% of the funds’ rosters.

“Both of these stocks trade at price/earnings multiples of at least 50 times, which is about triple the S&P 500’s aggregate multiple. But Amazon and Tesla’s multiples are already down double digits in percentage terms from their respective pandemic-era highs, helping bring in buyers in the last few days,” added Barron’s.

Adding to the potential near-term allure of QQQ and QQQM is the specter of a recession. Should the economy slump, investors may drop slower fare in favor of the better growth prospects of Nasdaq-100 firms.