You are at:Home»ETF Education channel»When Stability Matters, Size Up SPLV 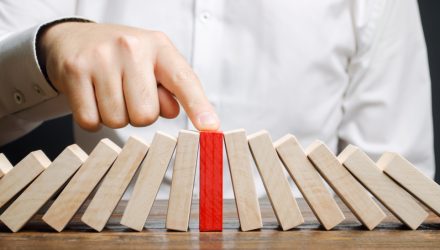 When Stability Matters, Size Up SPLV

The current market environment is undoubtedly turbulent. Last Friday’s brush with a bear market by the S&P 500 confirms as much.

It’s in times like these that investors looking to remain engaged with equities turn to defensive, low-volatility fare, including the related exchange traded funds, such as the Invesco S&P 500 Low Volatility ETF (SPLV).

As is often noted, the primary objective of ETFs such as SPLV is to deliver less downside capture when markets swoon. To that end, SPLV is indeed doing its job this year. The Invesco ETF is beating the S&P 500 by about 935 basis points — a gap that shouldn’t be ignored. Sector attribution is one point in SPLV’s favor this year.

“Try as one might, it is hard not to notice the woes of equities this year. Through May 19, 2022, the S&P 500® has declined 18%, losing 9% in the last three months alone. This pain was felt across most sectors of the index, with only Consumer Staples, Energy, and Utilities in positive territory for the year,” noted Fei Mei Chan, director of core product management at S&P Dow Jones Indices.

SPLV allocates nearly 49% of its weight to the utilities and consumer staples sectors. Currently, the ETF has no energy exposure, not because that sector is exceptionally volatile, but mostly by way of other sectors being less volatile.

Even without the benefit of exposure to this year’s best-performing sector, the S&P 500 Low Volatility Index — SPLV’s underlying index — is clearly accomplishing the objective of reduced downside capture. As Chan noted, since the index’s February rebalance, it’s off just 0.7% (as of May 19) while the S&P 500 is lower by 10% over that same period.

SPLV’s index rebalanced last Friday, resulting in increased exposures to the utilities, financial services, and real estate sectors. Not surprisingly, allocations to consumer cyclical and tech stocks were reduced. Arguably, the surprise is less exposure to healthcare, which is often viewed as defensive. More than 9% of SPLV’s 103 holdings are healthcare names, and a third of the fund’s holdings are classified as value stocks.