You are at:Home»ETF Education channel»Understanding UUP as an Ideal Hedge 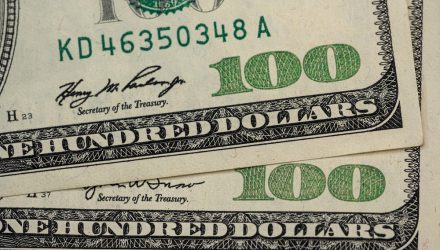 Understanding UUP as an Ideal Hedge

The Invesco DB US Dollar Index Bullish Fund (NYSEArca: UUP) isn’t designed to be a glamorous exchange traded fund, but it is higher by nearly 7% year-to-date, which is pretty good considering the fact that fund is designed to track the dollar’s movements against a basket of major currencies.

UUP, which tracks the Deutsche Bank Long USD Currency Portfolio Index – Excess Return, could be an ideal hedge for investors to consider. Add to that, the aforementioned almost 7% return this year indicates that the Invesco dollar ETF has been a better bet than Treasury ETFs.

Another benefit of UUP is that it can act as a portfolio diversification tool. Typically, the dollar is negatively correlated to equities, and that chasm is growing.

UUP measures the dollar’s moves against a basket of major developed foreign currencies, including the EU’s euro, the Japanese yen, the British pound, the Canadian dollar, the Swedish krona, and the Swiss franc. Looming alterations to the Federal Reserve’s monetary policy, including a 2022 interest rate hike, could further support UUP.

“Growth has surged; the Fed has evolved their policy framework; inflation has accelerated to a three-decade high. And as investors have pivoted from worrying about too little growth to being afraid of too much growth pushing inflation higher, bonds and stocks have been more likely to move together,” adds BlackRock. “At the same time, the potential for a more aggressive Federal Reserve, while tending to occasionally unnerve equity investors, has helped the dollar.”

In other words, the near- to medium-term setup for UUP is compelling. However, investors likely need to pair the dollar ETF with other assets because the greenback, like any other asset, isn’t perfect and carries its own set of risks.

“The dollar is now negatively correlated with stocks but on most days it is not volatile enough to compensate for a big correction. This suggests investors adopt a multi-prong approach, one that takes advantage of some cash, a dollar overweight and, with volatility low, equity options as a partial substitute for stocks. In the past few years stock gains have become easier to come by; hedging them is more challenging,” concludes BlackRock.