You are at:Home»ETF Education channel»A TIP for Bond ETF Investors Worrying About Inflation 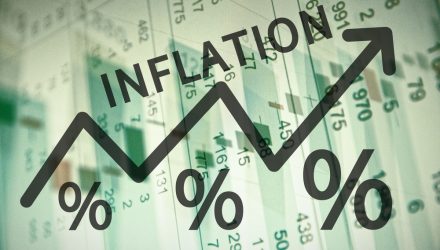 A TIP for Bond ETF Investors Worrying About Inflation

Fixed-income investors who are anticipating a higher level of inflation in the years ahead have already been shifting into Treasury inflation-protected securities-related exchange traded funds.

Traders predict U.S. inflation could average at least 2% per year over the next decade, Bloomberg reports. Meanwhile, the 10-year breakeven rate, a measure on pricing for inflation-linked Treasuries, rose as high as 2.017% Monday, which has not been seen in over two years.

The gauge has been ticking higher as traders prep for rapid global growth after a deal on Brexit and the approval of additional virus-relief aid in the U.S. The roll-out of Covid-19 vaccinations is also fueling the growth outlook, along with speculation that Tuesday’s U.S. Senate runoff elections in Georgia could give Democrats control of Congress and push through additional stimulus.

“There’s a general expectation that the increase in demand as things return to normal will lead to higher inflation because supply chains are still disrupted,” Michael Pond, head of inflation-linked market strategy at Barclays Capital, told Bloomberg. The possibility that Democrats will win Tuesday’s votes creates additional upside potential for breakevens, he added. “If we do have a unified government, more can get done and we’ll probably see a bit more fiscal stimulus.”

The Federal Reserve has already stated that it will push to fuel growth as inflation has been subdued in recent years, so it is willing to allow inflation to rise above its 2% target to offset lows of previous years.