You are at:Home»ETF Education channel»The Best Business Conditions of the 21st Century? 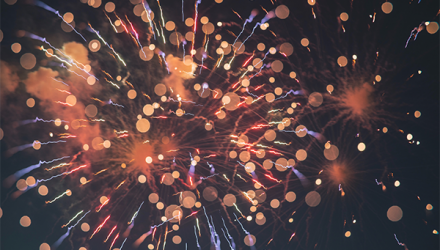 The Best Business Conditions of the 21st Century?

Millions of Americans, it seems, felt that the time was right to trade in their clunkers for a new set of wheels.

Sales of cars and light trucks surged an incredible 58% in March compared to last year, according to Bureau of Labor Statistics data. Some 1.6 million vehicles were driven off car lots during the month, representing over 18 million on a seasonally-adjusted annual rate (SAAR).

There could be several reasons why car sales skyrocketed last month, the most obvious being that pandemic restrictions are gradually being lifted. A fresh infusion of stimulus money also didn’t hurt.

But then there’s the matter of cost. Due to the global semiconductor chip shortage, which has temporarily halted production at some North American auto plants, the price of used vehicles is up an eye-watering 26% from last year, according to the Manheim Used Vehicle Value Index. Borrowing costs are also on the rise, prompting consumers to act fast.

Last month, I advised readers to buy a new car now if they were in the market for one, and it looks as if many Americans were of the same mind. I expect prices to climb even more before they start to plateau.

Looking globally, I was surprised to see just how well the luxury vehicle market performed in the first quarter. Daimler-owned Mercedes-Benz sold over 78,000 cars and trucks during the period, a 16% increase from last year. Toyota’s Lexus brand took the number two spot in terms of sales, moving 74,000 units for the quarter.

Tesla announced that it delivered a record 185,000 vehicles in the three-month period, well over double the amount in the first quarter of 2020. The electric vehicle (EV) manufacturer, which reported its first profitable year in 2020, is the heaviest weighted stock in the benchmark S&P Global Luxury Index.

Rolls-Royce Motor Cars also reported a new sales record in its 116-year history. The superluxury British carmaker, fully owned by Bayerische Motoren Werke (BMW), delivered 1,380 vehicles, up 62% from the same period in 2020 and exceeding the previous quarterly record set in 2019. Among its bestsellers were the Cullinan, a nearly three-ton SUV that starts at $335,000, and its new Ghost model, which has a similar price tag.

PMIs at Highest Levels in Decades

All of this is positive economic news that tells me we’re more than ready to put the pandemic in the rearview mirror. For the first time since this all started a year ago, mMore than one million people per day have been flying commercial in the U.S. for 30 straight days, the longest streak since this started a year ago. Even more passengers are expected in the coming days and weeks as greater than one in five Americans are now fully vaccinated against COVID-19. Restaurants and diners across America are reportedly struggling to find workers fast enough to meet demand.

Indeed, in a report last week, LPL Financial wrote that we were entering the “best business conditions of the 21st century.” Both the ISM Manufacturing and Services PMIs hit their highest levels in decades on accelerating vaccine distribution and unprecedented fiscal stimulus.

The JPMorgan Global Composite PMI, meanwhile, rose to a 79-month high of 54.8 in March, one of its best readings of the past decade. U.S. leads the expansion, with growth not only at its fastest pace since August 2014 but also running close to an all-time U.S. survey high. Looking just at manufacturing, of the 29 countries that are tracked, only three—Myanmar, Thailand and Malaysia—were below the 50.0 threshold.

This boom could run well into 2023, Jamie Dimon said last week. In his annual letter to shareholders, the JPMorgan chief wrote that he sees the U.S. economy entering a “Goldilocks moment,” buttressed by “excess savings, new stimulus savings, huge deficit spending, more QE, a new potential infrastructure bill, a successful vaccine and euphoria around the end of the pandemic.” With the S&P 500 having returned an unbelievable 54% year-over-year at the end of March, markets “may very well be pricing in not only a booming economy but also the technical factor that lots of the excess liquidity will find its way into stocks,” Dimon said.

In other words, the bulls are solidly in charge for the foreseeable future. I expect to see another quarter of stock outperformance relative to bonds, though the debt selloff may not be as pronounced in this second quarter as it was in the first.

So where does that leave gold?

The yellow metal is off to its worst start in years, having fallen more than 10% during the first quarter as investors largely shunned safe haven investments in favor of risk assets.

This has created an incredible buying opportunity that other savvy investors have jumped at. The U.S. Mint reported that sales of American Eagle gold coins climbed to 412,000 ounces in the first three months of 2021, its best quarter since 1999. Australia’s Perth Mint also had a remarkable quarter, with sales in February up 441% year-to-year.

At the end of last month, I shared with you that gold producers had their most profitable year ever in 2020, based on the average all-in sustaining cost (AISC) margin. For every ounce of the metal produced last year, miners pocketed a record $828 on average.

Now we know what they’ve been doing with their increased cash flow. According to a recent report by Metals Focus, gold miners have been paying down their debt, which currently stands at a collective $5.5 billion, the lowest level since 2011 and near all-time lows. Two miners in Metals Focus’s peer group are now net cash positive, the precious metals consultancy says.

Like physical gold, stock in the producers looks like a buy to me. All of the companies in the peer group are paying regular dividends, and with debt reduction near completion, we could be seeing some mergers and acquisitions (M&As) in the sector soon.

The S&P Global Luxury Index is comprised of 80 of the largest publicly-traded companies engaged in the production or distribution of luxury goods or the provision of luxury services that meet specific investibility requirements. The S&P 500 Stock Index is a widely recognized capitalization-weighted index of 500 common stock prices in U.S. companies. The Manheim Used Vehicle Value Index is a measurement of used vehicle prices that is independent of underlying shifts in the characteristics of vehicles being sold. Statistical analysis is applied to its database of more than 5 million used vehicle transactions annually. The Purchasing Manager’s Index is an indicator of the economic health of the manufacturing sector. The PMI index is based on five major indicators: new orders, inventory levels, production, supplier deliveries and the employment environment. A seasonally adjusted annual rate (SAAR) is a rate adjustment used for economic or business data, such as sales numbers or employment figures, that attempts to remove seasonal variations in the data.

Holdings may change daily. Holdings are reported as of the most recent quarter-end. The following securities mentioned in the article were held by one or more accounts managed by U.S. Global Investors as of (3/31/2020): Daimler AG, Tesla Inc., Bayerische Motoren Werke AG.