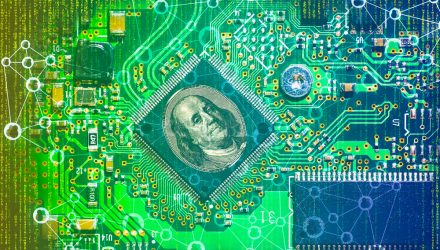 Tech Tailwinds Could Reappear for QQQ in 2023

The technology sector was a major contributor to the more than decade-long growth-fueled bull market that expired last year. A reversal in accommodative policy is hindering growth stocks this year, weighing on exchange traded funds such as the Invesco QQQ Trust (QQQ) and the Invesco NASDAQ 100 ETF (QQQM) in the process, but some market observers believe the technology sector can get its groove back in 2023.

Indeed, some QQQ and QQQM member firms could subject investors to bearish earnings revisions if the economy contracts, but the silver lining is that much of the prior froth pertaining to growth stocks has been erased, leaving components in the ETFs trading at reasonable, if not attractive levels.

“While negative earnings revisions are likely as the economy slows, we see potential for the sector to outperform on a relative basis, given the historical resilience of tech profits during recessions. As growth becomes scarcer, investors may once again be willing to pay up for quality growth,” according to BNP Paribas research.

Indeed, there are differences between growth and quality growth stocks. Plenty in the former camp hail from companies that aren’t profitable and aren’t close to getting there. Conversely, quality growth companies, plenty of which reside in QQQ and QQQM, are highly profitable. Not only that, but these companies generate prodigious amounts of cash. Think Apple (NASDAQ:AAPL), Microsoft (NASDAQ:MSFT), and Alphabet (NASDAQ:GOOG), among others.

Several factors could bode well for QQQ and QQQM upside in 2023, including increased adoption of disruptive technologies such as artificial intelligence, cloud computing, and cybersecurity, as well as a potential rebound in chip demand.

“Semiconductor demand may prove resilient in end-markets including automotive (where electronic content is increasing and inventories remain low) and datacentre (depending on the resiliency of spending to support cloud and AI initiatives),” added BNP Paribas.

Another factor possibly working in favor of QQQ and QQQM is that valuations across the growth stock landscape are lower than usual. That’s particularly true in the software space, which is relevant to investors considering the Invesco ETFs because the funds are full of software stocks.

Add to that, it’s possible that the Federal Reserve won’t be as aggressive in raising rates in 2023 as it was this year and that long-dated yields have already peaked.

“Longer duration real yields have arguably peaked. So even as the US Federal Reserve continues to raise rates, valuations should not necessarily decline further. Additionally, growth will again become scarce, likely leading investors to gravitate back towards quality growth,” concluded BNP Paribas.